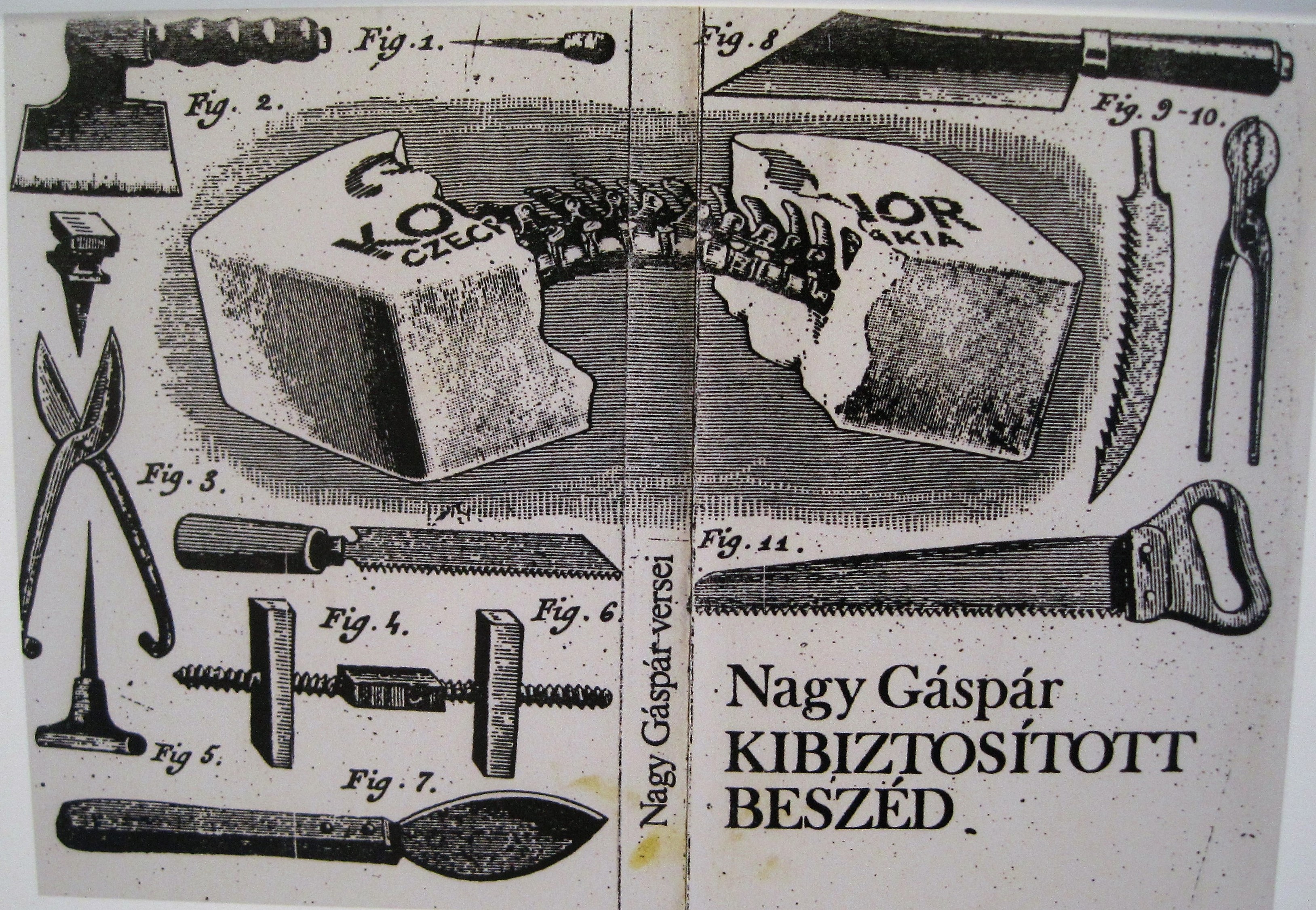 In 1987, a new book of poetry was published by Gáspár Nagy with the title Kibiztosított beszéd. The cover was designed with the use of a drawing by artist István Orosz (a friend of Nagy’s), the most central element of which was a rubber-backbone. It was rejected by the censors, however, and the covers were destroyed. The book was published with a new, less expressive cover. Gáspár Nagy commemorated the event in his poem Egy könyvborító halálára (“On the Death of a Book Cover”). In 1995, after the regime change, part of the original image was used for the design of a new book of poetry by Nagy, Augusztusban Ludvík Jahn nyomában (“In August, Following Ludvík Jahn”).