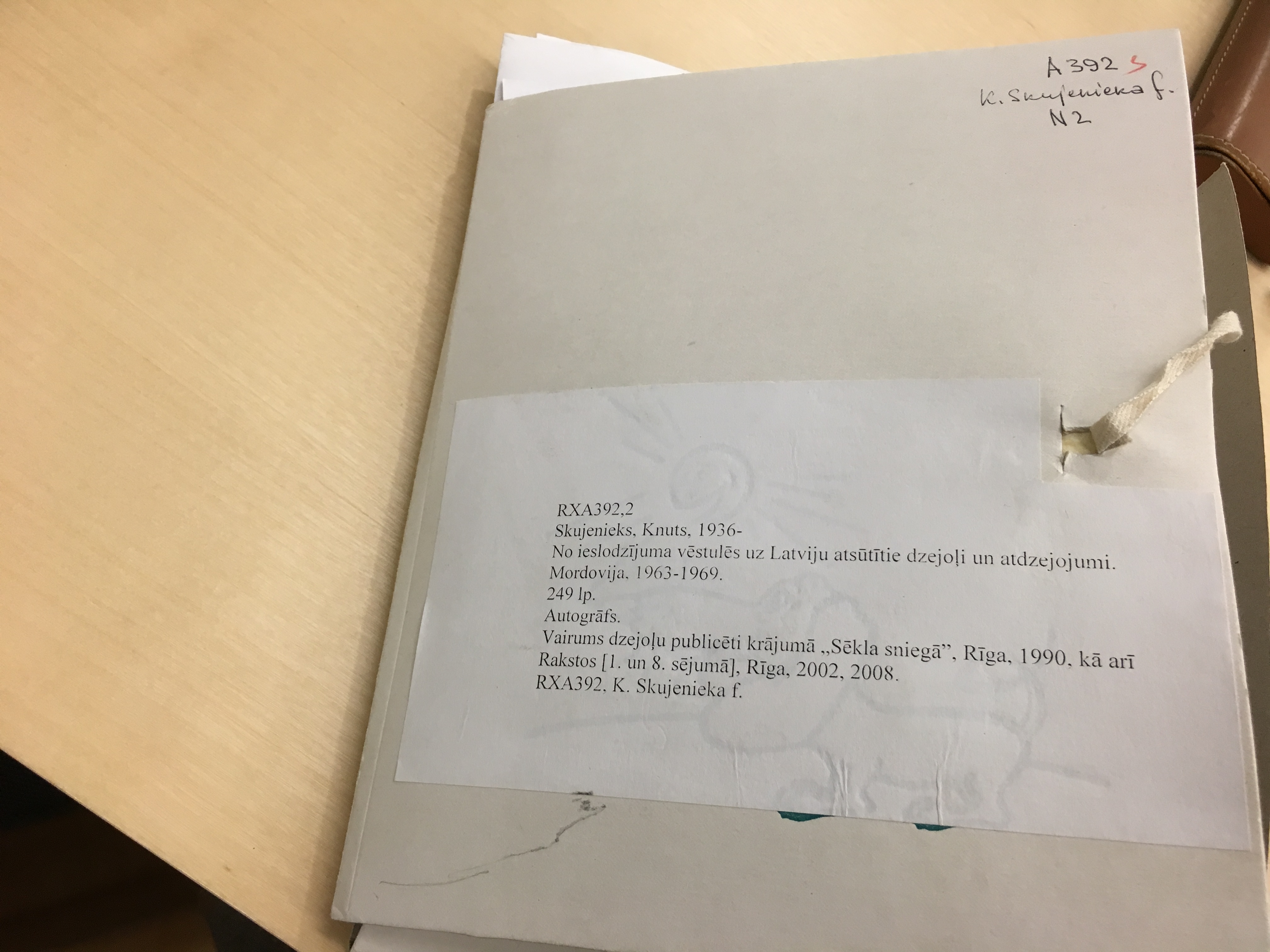 Knuts Skujenieks (b. 1936) is a Latvian poet, a dissident who was sentenced in 1962 to seven years in prison for anti-Soviet activities. The collection holds manuscripts from all his creative life, but the most powerful are the manuscripts he created during his imprisonment: poems and other literary texts, correspondence with his wife and colleagues, and many other documents that reflect the development of his poetic language and political consciousness.

Skujenieks, Knuts. 2018. All I Have is Words. Translated from the Latvian by Margita Gailitis. Toronto, Buffalo, Lancaster (U.K.): Guernica World Editions.