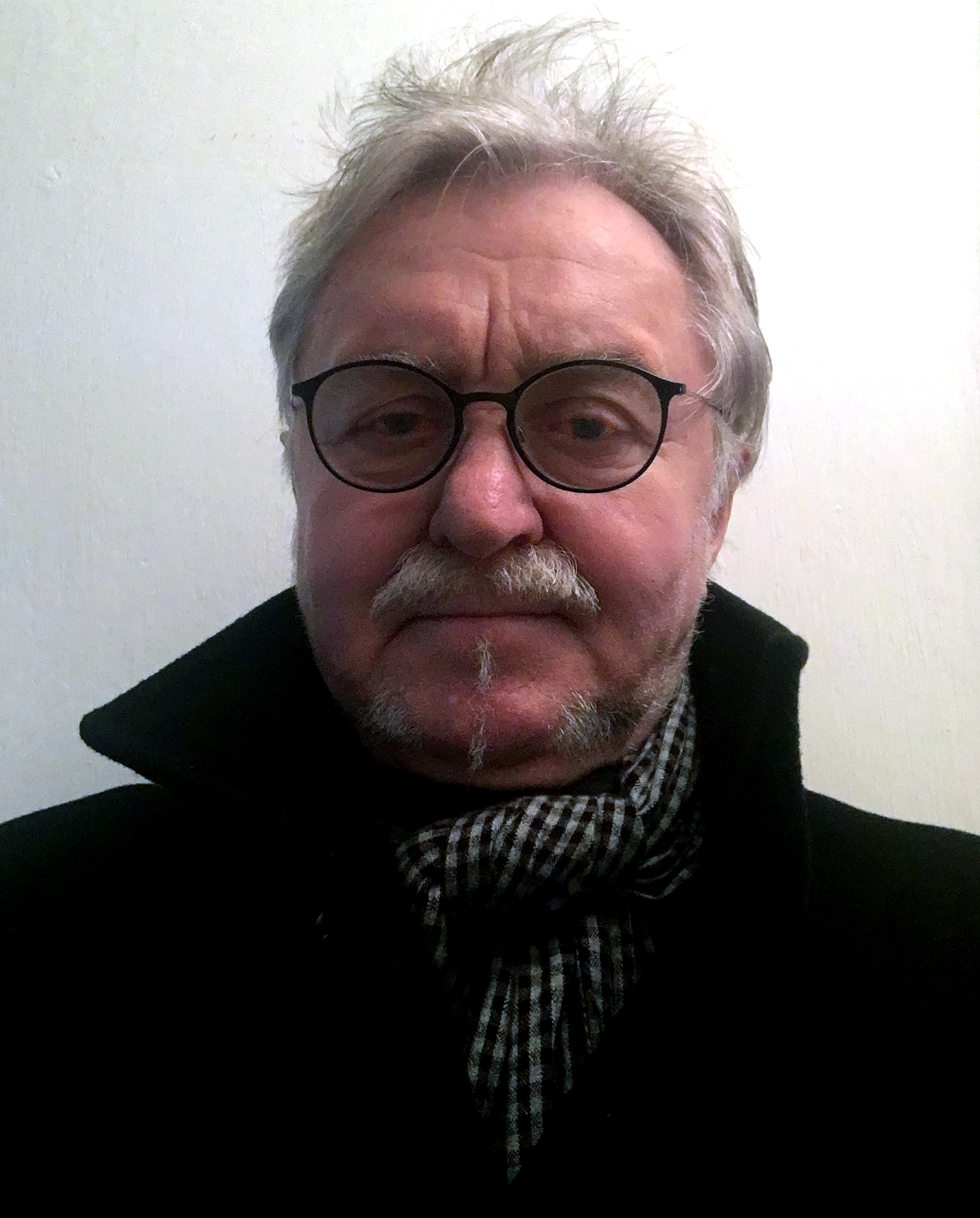 Henryk Gajewski (born 1948) is an artist, a photographer, a film director, a theoretician, and a cultural activist. In the years 1972-1978 he ran the Galeria Remont and subsequently, until 1982, the Post Remont gallery, an experimental arts and education centre open to new trends in culture. Gajewski organised the international festival of performance art, the International Artists’ Meeting (I AM) in 1978, and was one of the main promoters of punk music in Polish People's Republic. Soon after the introduction of martial law, he emigrated to the Netherlands where he lives today.

Gajewski was born in Białystok. As a student of Faculty of Electronics at the Warsaw University of Technology he founded Galeria Remont in the “Riviera” Student Dormitory, which he managed with Andrzej Jórczak and Krzysztof Wojciechowski until 1977. Initially Gajweski conformed with conceptualism, dominant in contemporary art at that time, however he would gradually turn towards sociocultural contexts and conditions of artistic activities. Already in his first exhibition at Remont Gajewski titled Ona (Her) in 1972 he confronted two types of images of women: from the press and popular newspapers and those made by kindergarten and primary school-age children. Two years later Gajewski created Book for Elise (Książka dla Elizy) for his daughter. The work featured blank spaces, which were to be filled in the subsequent years with photographs taken at various locations and in different situations as his daughter grew up. The book itself was meant to circulate among the artists, Gajewski’s friends, in fashion similar to mail art.

Gajewski's fascination with child's imagination manifested itself most significantly in Other Child Book (Inna książka dla dziecka) a project carried out between 1977 and 1981 with participation of 250 artists from 29 countries (i.a. Dick Higgins, Alison Knowles, and Henryk Stażewski). The books that had been sent in were presented in 1979 at the Palace of Culture and Science and in the main hall of Warsaw University of Technology. The aim of the initiative was to create books for children that would instil sensitivity and creativity, thus substituting textbooks, which teach submission and routine. Gajweski organised actions and workshops with children dedicating great attention as to how stimulating creativity can impact and the social reality.

Educational work and activities were just one of many means that Gajewski used in an attempt to escape the ivory tower of modernist art. Others included playing with audience, as in case of the fictitious meeting with Andy Warhol in 1974. Gajewski designed a poster with the image of the creator of pop art, his name, date, and a note: “exhibition opening, meeting”. Also, as a part of the hoax, even a luxury apartment at one of high-profile Warsaw hotels was to be rented for Warhol. Once the audience gathered in large numbers at Galeria Remont at the time indicated on the posters, it turned out the American artist did not arrive. The point of this action was indeed a “meeting” however not with Andy Warhol, but rather with the persons arrived at the venue.

The interpersonal, existential sense of a meeting was highlighted once more in 1978 during the International Artists’ Meeting, abbreviated as “I AM” or “I am”. It was the first review of performance art of such extent in Central and Eastern Europe. It was this event that contributed to the establishment of performance art as an art category as such. Also, thanks to the concert of The Raincoats I AM symbolically introduced punk to Poland, i.e. a first official punk performance, that within a year and half triggered a proliferation of Polish bands, and made Remont a permanent venue for punk events.

Gajewski worked closely with Jan Świdziński and shared his concept of contextual art — an art consisting primarily of communication between persons in various situations and negotiating meanings between different contexts. The communication aspect of art seems to be crucial for Gajewski, which partially explains his interest in punk. Interpersonal art that relied on communication had to transcend institutional frameworks and be in touch with the social transformations’ dynamics. Gajweski perceived punk, with all its vividness, expression, and provocativeness, as an extremely significant manifestation of social life, a popular culture phenomenon, which could not be disregarded. Having avid interest in futurology, he tried to combine artistic praxis with sociological forecasts, which led him to the formulation of the concept of “pre-facts”, i.e.events that cause the occurrences of particular facts in the future. The phenomenon of punk in the late 1970s can be interpreted as a “pre-fact” of the nearing social unrest.

From 1978 to 1981 Remont was probably the most important spot on punk community’s map of Warsaw. It hosted concerts and Sound Clubs (rock, world, reggae, and ska music events), as well as meetings of fans and artists. Gajewski photographed the colourful punk community, shot films with musicians, e.g. Tilt Back in 1980 and Passenger in 1984, published a cassette tape with the recordings of performances during the 1st Polish New Wave Festival in Kołobrzeg in 1980, and finally, published the PUNK, Post, and Post Remont leaflets and fanzines.

Meanwhile, in 1978, Galleria Remont closed down and was replaced by Post Remont, a centre focused on education and cultural activism, open to new trends, styles, and genres, breaking with a typical profile of a gallery. Punky, experimental Post Remont was an act of defiance both aimed at the world of conceptual art, visibly exhausted in the late 1970s, and at the trivial and idle popular culture offered by entertainment industry. Post Remont hosted presentations of artists’ books, mail art, video art, happenings and performance art. Its activities were interrupted by the introduction of the martial law in December 1981.

Shortly afterwards, at the beginning of the following year Gajewski left for Amsterdam, where he continued his artistic activities. He presented his complicated life story in Identity, a 1985 film addressing the issues of origins, religion, language, and fatherland from the perspective of a Polish immigrant in Amsterdam. “I was born in Bialystok, Poland, the home-town of Ludwik Zamenhof, the creator of the Esperanto language. (Esperanto was designed as an international language.) Since 1982, I have lived in Amsterdam, The Netherlands. Here I communicate with people in English. My children, Eliza and Pierre, write to me in French and I answer them by recording my voice on an audio cassette (I cannot write in French). I was taught Russian for 11 years, as was every educated Polish citizen, but I cannot identify myself with that language. Slowly but surely I am forgetting my mother tongue and, at the same time, my English is too poor for me to adequately express myself. Say hello to Ludwig Wittgenstein, but tell him that besides language there is also FEELING.”

Gajewski continues his career as an artist and a filmmaker. His works were presented at i.a Stedelijk Museum in Amsterdam, Le Centre Pompidou in Paris, The Philadelphia Museum of Art, MACBA in Barcelona, Centraal Museum in Utrecht, and Verzetsmuseum in Amsterdam. Apart from his artistic pursuits, Gajewski runs a tango dance school.

His activities in the 1970s and early 1980s were met with unappreciative and distrustful reactions of the authorities of Polish People's Republic. Gajewski’s wide contacts abroad raised suspicions, while artistic provocations and promotion of punk bands caused distrust. The world of art also displayed disapproval, repulsed with Gajewski’s legitimisation of loud-mouthed punk bands.