Cornel Chiriac During One of His Broadcasts, Munich, 1970. Photo 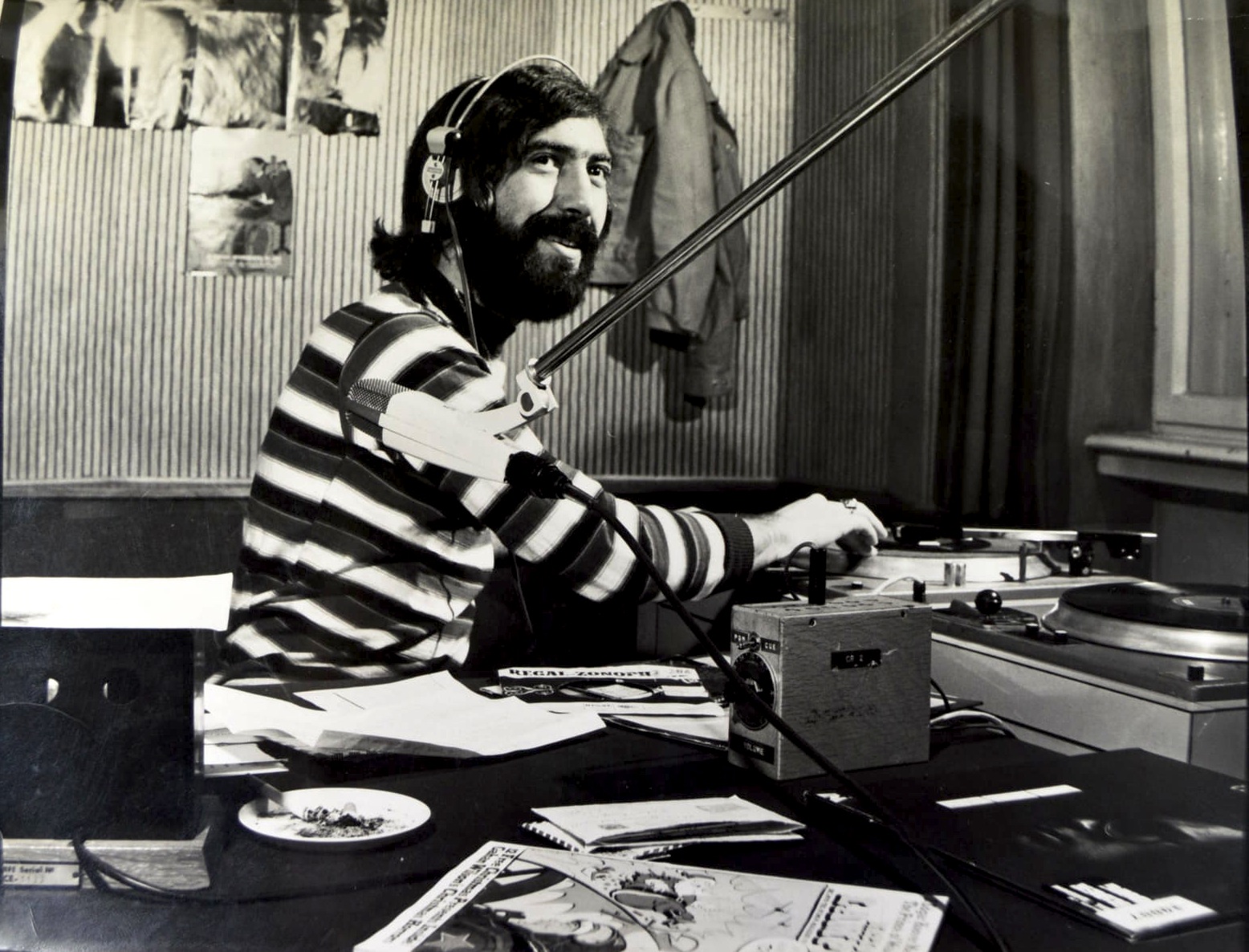 The photograph represents Cornel Chiriac during one of his broadcasts at the Romanian desk of Radio Free Europe (RFE). Taken in 1970, it was sent together with a letter to his mother in Pitești. Unfortunately, the Securitate confiscated the letter and the photograph and thus they never reached their destination. The picture is very telling for Cornel Chiriac’s passion for music and his rebellious nature. He is smiling to the camera as he is about to play one of the many vinyl records on his desk. His broadcasts at RFE enjoyed huge popularity among Romanian young people. This popularity was partly due to his passion for music, his vast knowledge about it, and the dedication with which he performed his job as radio producer at RFE. The photograph also showed the same rebellious Cornel Chiriac with long hair and beard, and a lit cigarette placed on an ashtray. The outfit, a long-sleeved striped shirt and a jacket on a hook on the wall, complete his rebellious outlook specific to the period. It is interesting to note that, although Cornel Chiriac was the idol of an entire generation, many people were not at all familiar with his face. It is from this photograph in the Securitate files that many discovered the image of their hero after 1989: “The great majority of us did not even know what our hero looked like, but he had become a lively presence, our close-faraway comrade, the protector of our sounding utopia. In a Romania, which was more and more isolated in its unhappiness, the music that Cornel Chiriac offered us represented one of the few open horizons, one of the few breaths of hope” (Jurnalul 2008). Today, the photograph confiscated by the secret police is his most widely circulated image, and it was selected by his fans to illustrate the Facebook page which keeps alive his memory (https://www.facebook.com/Metronom-In-amintirea-lui-Cornel-Chiriac).