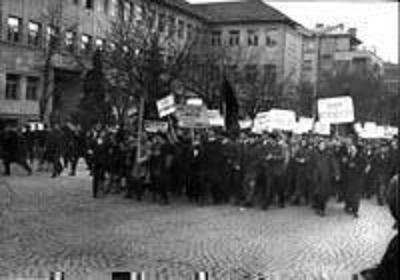 This collection addresses the 1968 demonstrations in Kosovo. It is comprised of archival documents distributed throughout different fonds of the Archives of the Republic of Kosovo. It addresses demands articulated by students, most of a political nature, which included: the creation of an Albanian language university in Pristina; designating Albanian as an official language of the government in Kosovo; self-determination for Kosovo and Albanian areas in Macedonia and Montenegro, and assigning Kosovo the status of a republic within the Socialist Federal Republic of Yugoslavia (SFRY), with its own constitution. These student reactions were the first examples of open Albanian political resistance in Kosovo during the socialist regime.