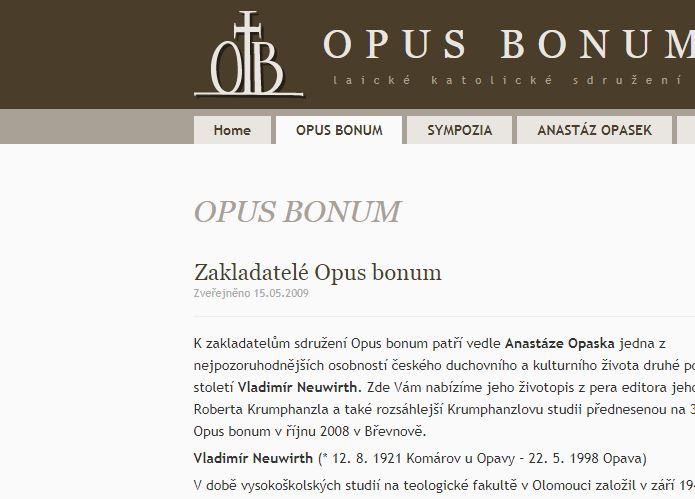 The lay Catholic Association Opus Bonum was founded in 1972 as a community of people caring for the preservation of the values of Czech and Slovak Christian culture. Since 1978, it has been holding symposiums in Bavarian Franken, which grew into unique discussions of various streams of Czechoslovak exile. Opus bonum also engaged in charity activities, organized concerts, exhibitions, literary evenings and published publications that spread through Czechoslovakia. Through its activities, it has always tried to help the anti-communist opposition in Czechoslovakia. After 1989, the documentation centre focused on supporting research on the history of domestic spiritual resistance, opposition movements and civic initiatives, as well as on the history of Czech and Slovak democratic exile.