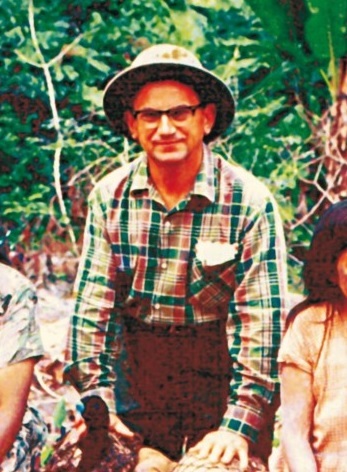 János Cserepka (1919–1999) was a Hungarian doctor and Baptist clergyman and the most important member of the Hungarian Baptist mission in Bolivia. He studied at the Baptist Seminary. He then served as a clergyman in Szilágyság (a region in Transylvania), and in 1948 he began work at the Baptist Congregation of Persterzsébet. After the defeat of the 1956 Revolution, he left Hungary with his wife and moved to Toronto, where he continued his pastoral and medical work. As a missionary of the Canadian Baptist Association, he moved to Bolivia in 1963. Here, with his wife, Cserepka provided medical care for members of native tribes, and he familiarized then with the Holy Scriptures. The couple founded the Bethesda Clinic in Chapare. At their initiative, the Clinica Flotenta Bethesda hospital ship was build. In 1973, they returned to Canada. Between 1979 and 1983, they continued their pastoral and teaching work. Thanks to their efforts, a Baptist Congregation in Yacuíba was established. In 1984, they moved to Kelowna (Canada).