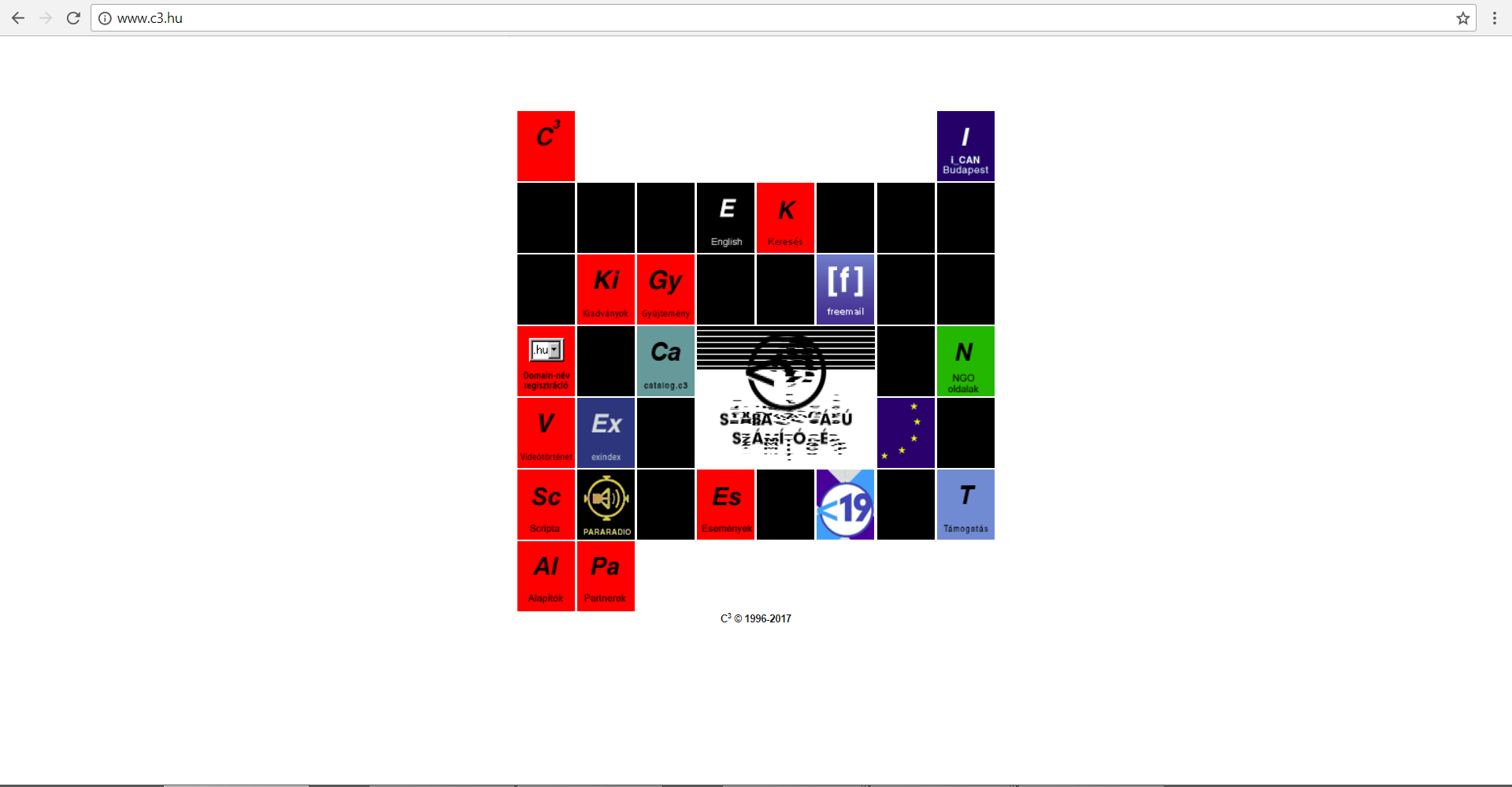 C³: Center for Culture & Communication was launched in 1996 as a three-year pilot program of the Soros Foundation in Hungary, in cooperation with Silicon Graphics Hungary and MATÁV (the Hungarian Telecom). Since 1999, it has continued to work as an independent, non-profit, and public foundation.

The aims of the C³ are the cultural application and creative employment of scientific and technological discoveries; research, development and support of innovative artistic potentials; and the initiation and realization of related programs. Its main focus is to foster cooperation among the spheres of art, science and technology.

Artistic production is a determinant element of C³ in its role as a new type of media centre. The works produced here are preserved on the C³ website and may be located in its collection.

Alongside traditional library activity, the C³ Archive also carries out on-line publication; in 1997, an endeavour to preserve and render accessible Hungarian video art was initiated. The continuously developed database is available at catalog.C³.hu.