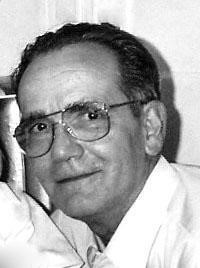 Rusko Matulić was born in Split (then in the Kingdom of Yugoslavia, now Croatia) in 1933 to a family from the island of Brač. After the fall of Italy in 1943, the Partisans killed his father Roko Matulić in Brač, who was associated with the Chetnik movement and intellectuals, writers and Yugoslav nationalists such as Ivo Andrić and Niko Bartulović. As a boy, he travelled with his mother to El Shatt, Egypt, where resided with other refugees from Dalmatia from February 1944 to November 1948. Later, he passed through Italy, England, Chile and the USA, where remained until the end of his life. He graduated with a degree in electrical engineering and later worked as an engineer for Consolidated Edison in New York (Lađević, 2015).

Among Yugoslav émigrés, he mostly communicated with the Democratic Alternative organization and the circle of intellectuals around Naša reč, an émigré publication from London. The shared political stance of both Matulić and that London circle was the decommunization and democratization of Tito's Yugoslavia, wherein they doggedly opposed its disintegration and transformation of the Yugoslav federal republics into independent sovereign states. Although Mihajlo Mihajlov was the central figure, Matulić was de facto the editor of the bi-monthly CADDY bulletin, which was published in the US from the first half of 1980 to late 1992. It reported on the fate of dissidents, human rights violations and freedom of thought in Yugoslavia since Tito’s death in 1980. Because of all this, Matulic was labelled as a representative of the “hostile emigration” that attacked the foundations of socialist Yugoslavia. His collection emerged simply as a result of his editorial work on the CADDY bulletin, as well as his management of that same organization, in which he received numerous testimonies on the difficulties dissidents faced in Yugoslavia. Additionally, there is an immense body of correspondence in Matulić's collection, not only with dissidents and political émigré, but also with numerous other members of the American political and journalistic establishment.

Matulić published a memoir, February 1944 El Shatt Egypt Nov 1948, in which he argued that refugees from Yugoslavia in Egypt were not only pro-Partisan-oriented, as claimed by Tito’s propaganda, but that there were also those who were anti-communist. He also collected bibliographic units about Yugoslavia in the West and about the character and work of his close associate Mihajlo Mihajlov, on the basis of which he published three bibliographic works: Bibliography of Sources on Yugoslavia (Palo Alto: Ragusan Press 1981), Bibliography of Sources on the Region of Former Yugoslavia (Boulder: East European Monographs), issued in three volumes (1998, 2007, 2014) and Contribution for the Bibliography of Mihajlo Mihajlov in 2014 (Lađević, 2015). Among other articles and essays, his article “Repression of Dissent in Yugoslavia (1956-1984)” published in the collection Human Rights in Yugoslavia (New York: Irvington Publishers 1986) is particularly important to the history of the cultural opposition. He also wrote articles about his primary profession in the field of electrical engineering (Rusko Marulic papers, box 2). He died in 2015 in New York.