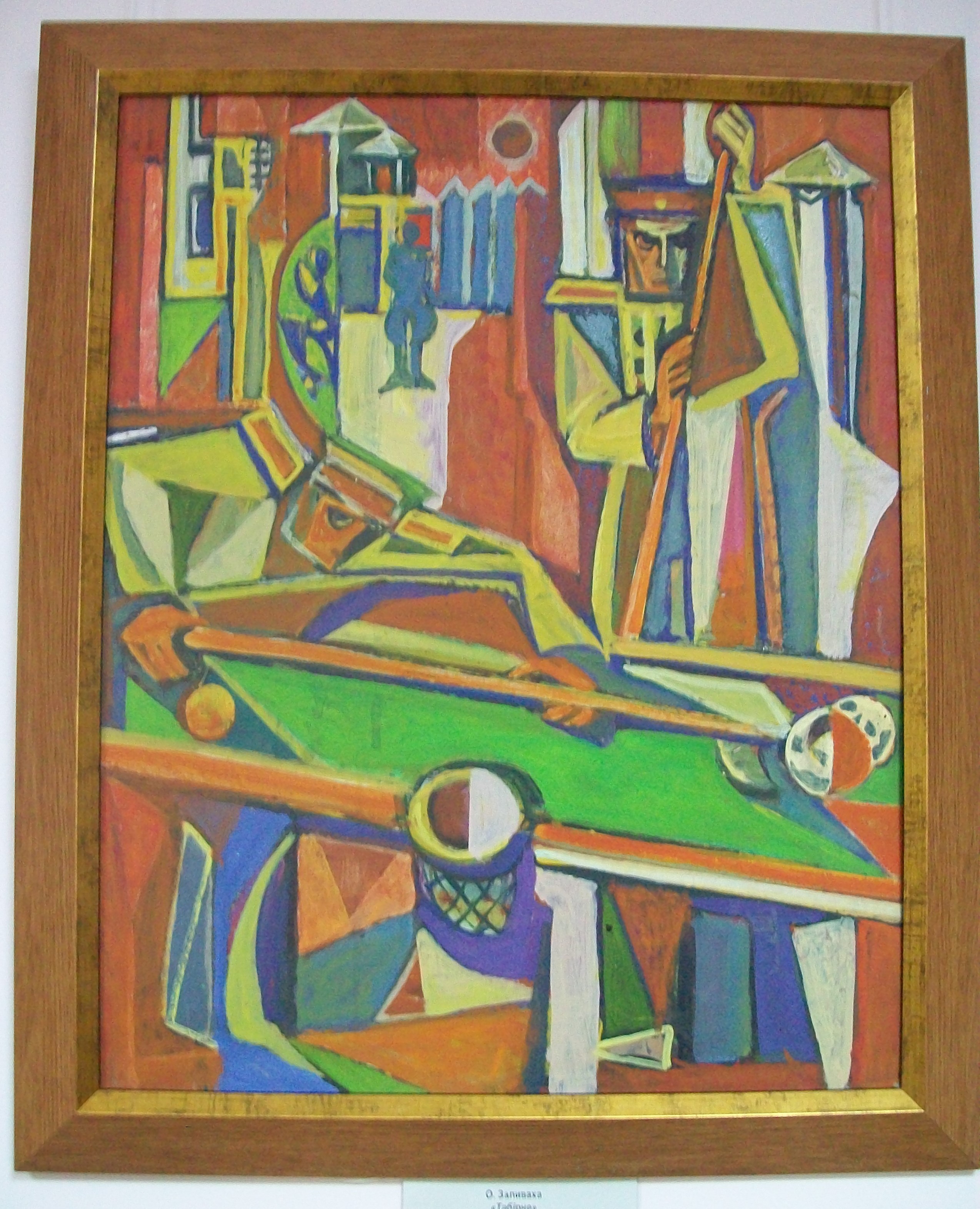 In the view of historian Myroslava Mudrak, “Tabirne” (Billiards) is “an exercise in ironic expression.” “Through pastel tones (usually employed by the symbolists who would describe ethereal themes, suspended dream-like situations, somewhat out of touch with the concrete vividness of reality, where saturated primaries and secondary hues would be used), which tend to create a mood of warmth and intimacy, we have the epitome of the grotesque and decadent (another feature of symbolist art).  Typical of this approach is the existential moment—the questioning of “who am I?” “where am I going?” “what’s next for me?” “how did I get here?"  Not only are the incarcerated (in the background) facing the agony of this questioning, but even the Cheka members are put in a situation, which is somewhat out of character with their role.  In a brief, relaxational moment, they seem to let down their guard to feel the weight of their charge lifted momentarily, yet at the same time, still carrying on, making the viewer aware of the horrible and deadly nature of that charge, visible at the end of their sticks.“