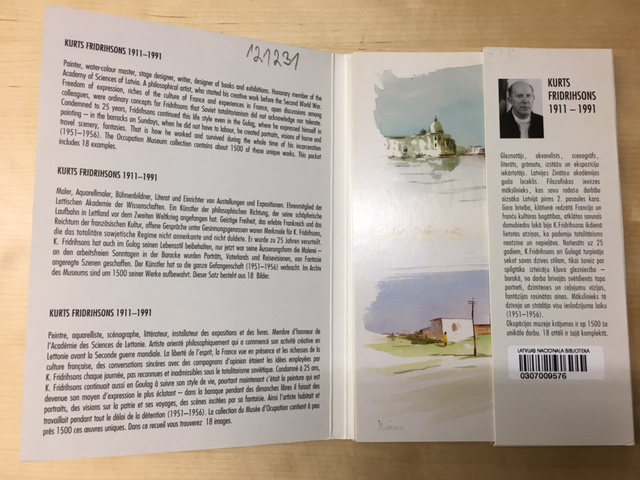 The collection of 1,476 paintings in water-colours by Kurts Fridrihsons made during his imprisonment in the Gulag in 1951-1956 is only part of the 3,500 artworks he produced during his time in the Gulag. A part of works depict Gulag camp and its environments, but the most of them reflect associations with literature and drama, and are testimony of artist's effort to dissociate himself from atmosphere of the camp and to sustain his intellectual interests.