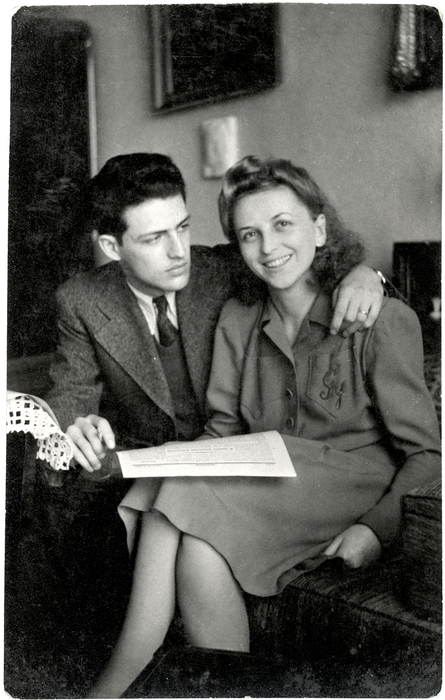 Györgyi Markovits was born to a relatively wealthy and respected Jewish family living in Sárbogárd. Her father was a veterinarian until 1944, when he and his wife were deported to Auschwitz and killed. They could afford to send their children to Budapest high schools (which played a large part in the fact that they survived the war), but unlike her brothers, Györgyi did not go to university. Rather, she did work sewing and as a cosmetician. She married Pál Lieblich, a Hungarian artist from Timișoara (Romania) who was drawn to social democratic ideas and was involved in the underground resistance. They moved to Timișoara in 1943/44. After her first marriage failed, Györgyi Markovits returned to Budapest. She became an administrator at the Soviet-Hungarian Oil Company, and she married János Kocziha, who was the party secretary at the Hungarian National Széchényi Library (OSZK).

Markovits herself started to work at the National Széchényi Library in 1949, and worked here for the rest of her life. She gradually climbed up the hierarchy and, in the meantime, finished her studies at Eötvös Loránd University in Budapest (ELTE) in 1952, majoring in Hungarian and French. Her doctoral dissertation (CSc in the system modelled after the Soviet practice) was written on censorship in the interwar period. She defended in 1972. She was in a privileged position to be able to pursue this research: in January 1956, she was given a position in the Closed Stacks Department. In Autumn 1956, she was suspended, but then in 1957 she became the head of the unit. She led the department until her retirement in 1983.