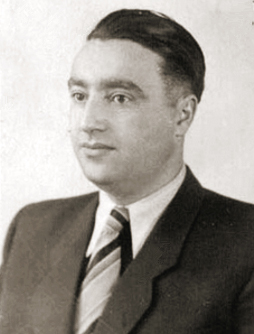 Józef Światło was a prominent communist aparatchik, who worked for the Ministry of Public Security in Poland since the late 1940s. In December 1953, after the Beria's purge in communist party, Światło escaped to West Berlin and contacted the American Embassy. There are different interpretations of the motives standing behind his escape: he might have been a CIA spy who looked for asylum after the atmosphere in Poland became too dense; he might have done it spontaneously; his espace might have been a part of the KGB play. Either way, his testimony broadcasted on air by Radio Free Europe was the most important public statement about the methods of the communist regime and its internal struggles in that period.