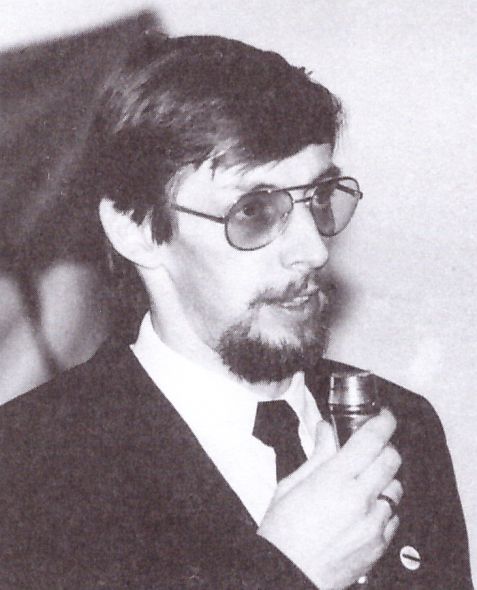 János Gyurkó (1952–1996), was a monumental architect, a member of Hungarian Parliament, and Minister of Environmental Protection and Territorial Development of Hungary’s first post-socialist, freely-elected government.

János Gyurkó was raised in Pestlőrinc, a traditional suburb of Budapest. He was the eldest son of a churchgoing Catholic family with seven children. His parents were respected intellectuals; his mother was a doctor (GP), and his father was a leading chemical engineer for Hungary’s largest pharmaceutical factory. Upon completion of secondary school, János went on to study architecture at the Technical University of Budapest, where he received his degree in 1976, and another on monumental architecture in 1983.

Gyurkó began his career in 1976 at the Institute of Construction Science (ÉTI), and in 1986 moved to the National Office of Monumental Building Protection (OMF), and the Urban Planning Research Institute (VÁTI). He received a doctoral degree in 1986 for his dissertation, “The architectural typology of early Hungarian churches of the 11th–13th centuries”. In the meantime, he took part in a number of major reconstruction projects as a researcher and monumental architect in cities like Sopron, Győr, Kőszeg, Szombathely, Sárospatak (the Rákóczi Castle), as well as in the nationwide research on the architectural heritage of the Hungarian Israelite Church.

In the meantime, János Gyurkó took part in a number of independent initiatives, such as writing and distributing samizdat papers, joining Duna Circle events by protesting against hydroelectric works on the Danube, or solidarity actions organized for Transylvania. Alongside these engagements, he soon became close with the samizdat periodical, Deadline Diaries – Transylvanian Monitor, and its grassroots movement, ETE-Transcar. Later, he took part in the international protest campaign against Ceausescu’s “Bulldozer policy”, through the organization S.O.S. Transylvania. (His maternal ancestors and relatives lived in the easternmost part of what was once the Hungarian Kingdom, Háromszék County, on Secker land. He remained closely linked to his childhood family, and this formed an important part of his cultural identity.) Gyurkó, a monumental architect, volunteered, along with colleagues at VÁTI and outside assistants, to research and edit a nearly 400-page document about Transylvania’s endangered, multicultural heritage in 1987–88. The expertly-written, richly-illustrated publication was translated into French, and copies were sent to the UN, UNESCO, the European Council, the Vatican, and the ICOMOS (the International Council on Monuments and Sites). Press conferences and presentations were also held on the subject, and a travelling exhibition was organized to raise awareness in Hungary and abroad of the risk of losing thousands of buildings of unique heritage.

In May 1990, János Gyurkó won a seat as a member of the Hungarian Parliament in the first free elections following the political transition. He belonged to a small liberal fraction of the conservative governing party, the Hungarian Forum of Democrats (MDF). In early 1993, Hungarian Prime Minister József Antall appointed him the Minister of Environmental Protection and Territorial Development. At the end of that year, Antall died of cancer and the government rapidly lost public support. The elections in spring of 1994 left Gyurkó bitterly disappointed with politics; he left his position, and in the midst of clashes within his party, he quit MDF. Gyurkó returned to his job at the National Office for Monument Protection as a monumental architect. In autumn of 1996, he travelled to a countryside conference and was found dead in his hotel room from a stroke. He was 44 and left behind two children, a few valuable publications, and a number of work plans he was unable to carry out.

Some of his works include: