“The Condition, Problems and Programs of Scholarly Research in the Social Sciences,” study, 1960 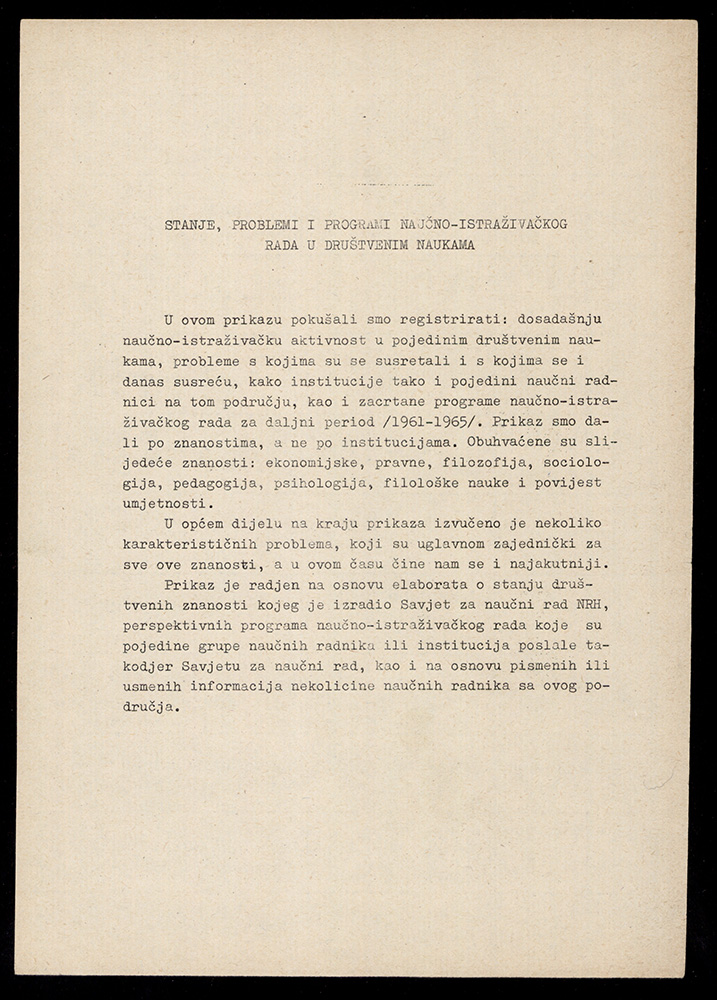 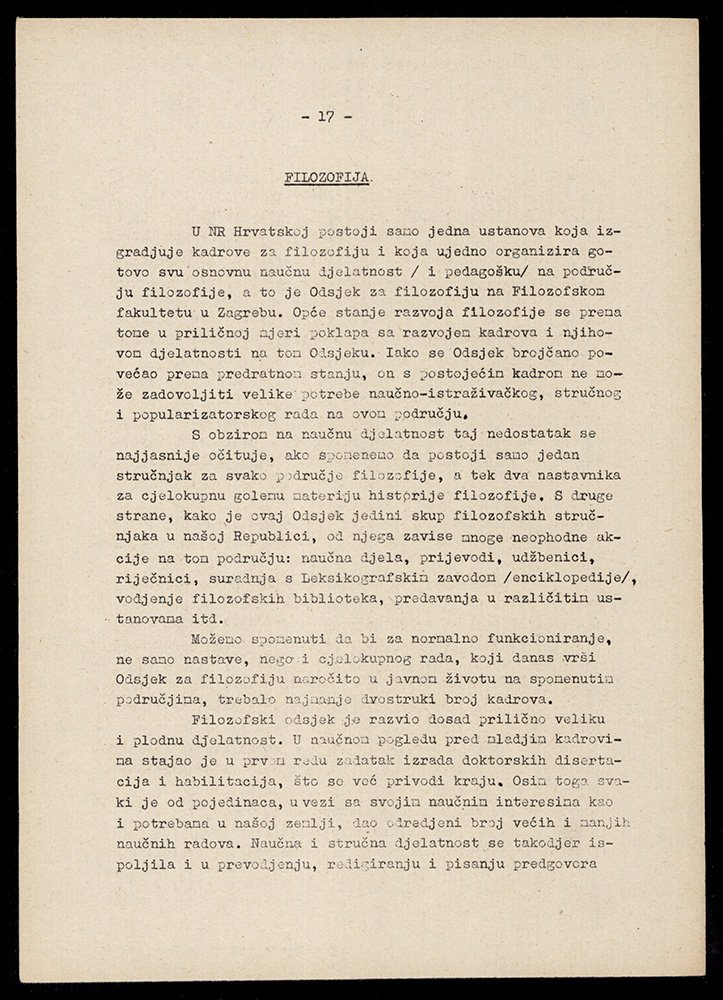 This is a detailed analysis made within the Ideological Commission, based on a study of the state of the social sciences developed by the Council on Scientific Research of the People's Republic of Croatia (PRC) and the results of information provided by certain groups of scholars or institutions. It is an analysis of previous scholarly research in certain social sciences and humanities and also work programs for the subsequent five-year period (1961-1965). The analysis encompasses economics, law, philosophy, sociology, pedagogy, psychology, philology, history and art history. In the analysis of each of these fields, an overview of institutions dealing with this discipline, its role in society, personnel issues, scholarly production, programs and plans for future work with critical reviews and suggestions for further work are presented. For example, in the field of historical science, a criticism was that the establishment of the Institute for the History of the Labour Movement of Croatia (IHLMC) was only then in preparation, and it was noted that these issues were artificially separated from the organic whole of more recent national history, for which there was no Institute, so that one needed to be established.

The document illustrates the considerable role of the Ideological Commission in guiding, among other areas, scholarly research in Croatia at that time. The work programs attached to each of the fields clearly outline the ideologically designed course that needed to go and clearly defined topics to be studied.