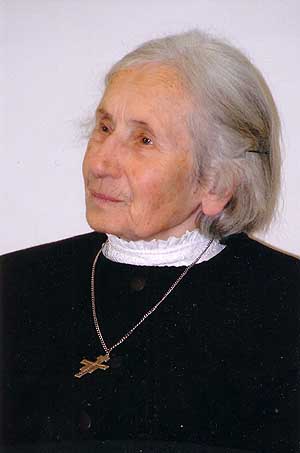 Ada Urbonaitė (Sister Benvenuta, 1921-2009) was a Catholic nun and founder of the underground publication Rūpintojėlis (The Sorrowing Christ). In 1939, after becoming a Catholic nun, she started her pedagogical work at Kaunas Montessori kindergarten. In 1948 she was banned from working in pedagogical work by the Soviet regime. After taking a short course, she started to work as a librarian in the Trades Union Library. She learned to type in 1958, and started to type forbidden works by Lithuanian priests and philosophers, disseminating these publications in the underground. In 1977, Urbonaitė started Rūpintojėlis (The Sorrowing Christ), of which 26 volumes were published until 1990.