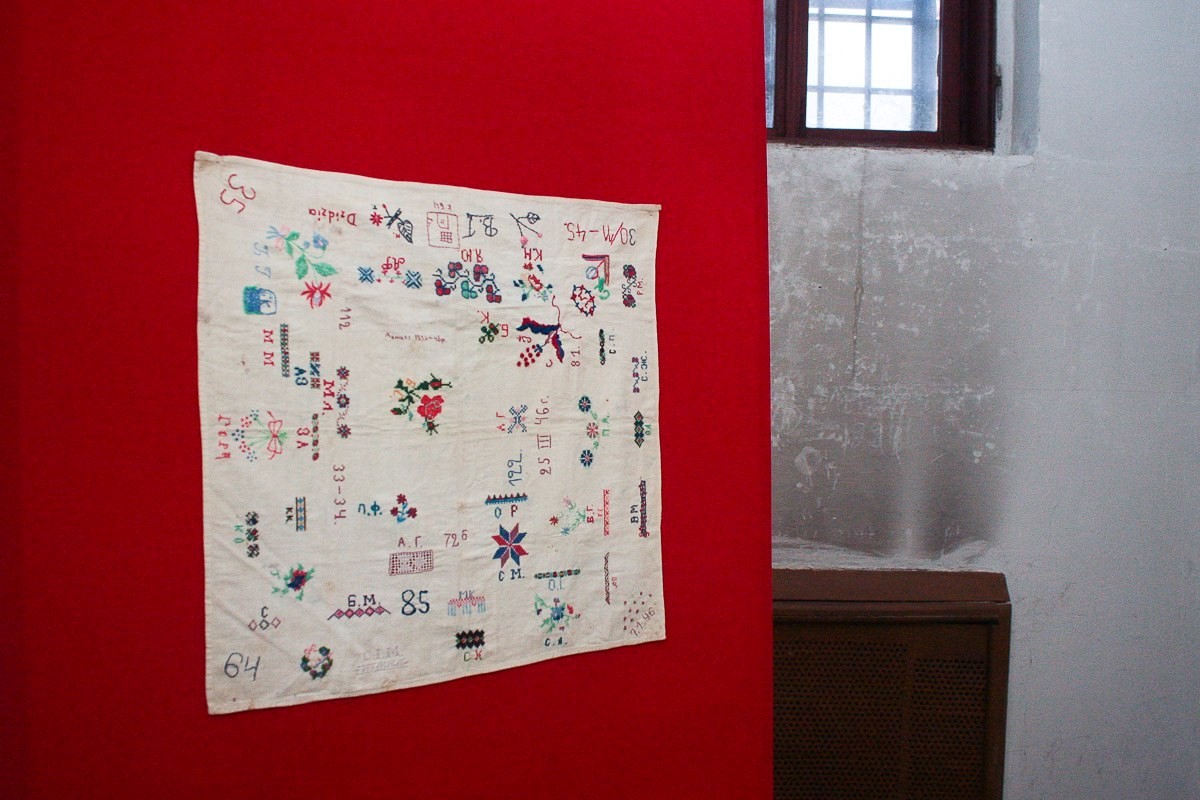 This embroidered handkerchief was created by the harpist Viktoriya Poltaryeva and almost 40 female prisoners imprisoned at the Prison on Lonskogo St. in 1946. Museum curators count this among featured items, as each woman left her own unique design and initials, as well as cell number. The piece was donated to the museum by her son, Petro Poltaryev, who is also a musician like his mother. For many years, this item remained in the private archives of the Poltaryev family and is reminder of the complex and fraught relationship the Soviet authorities had with creatives, even in official ranks.

This piece is a vibrant rendering of Poltaryeva’s nine months at the prison. The women marked dates of significance when they might be missing their families and loved ones most, such as January 7, 1946, or Christmas by the Julian calendar. Given that this handkerchief was made by so many hand, each contribution was different in style, regional motifs and sewing techniques. Also important to remember are the conditions under which these women worked on this piece, which would have been forbidden, and how they managed to conceal the handkerchief from multiple searches, moves from cell to cell, and floor to floor. Needles would have been fashioned from fish bones, the fabric cut from someone’s dress, the thread pulled from the clothing they wore.

Unfortunately, little is known about the women who were incarcerated alongside Poltaryeva, and considerable detective work would have to be done in order to find out who stood behind the many initials preserved on this handkerchief.