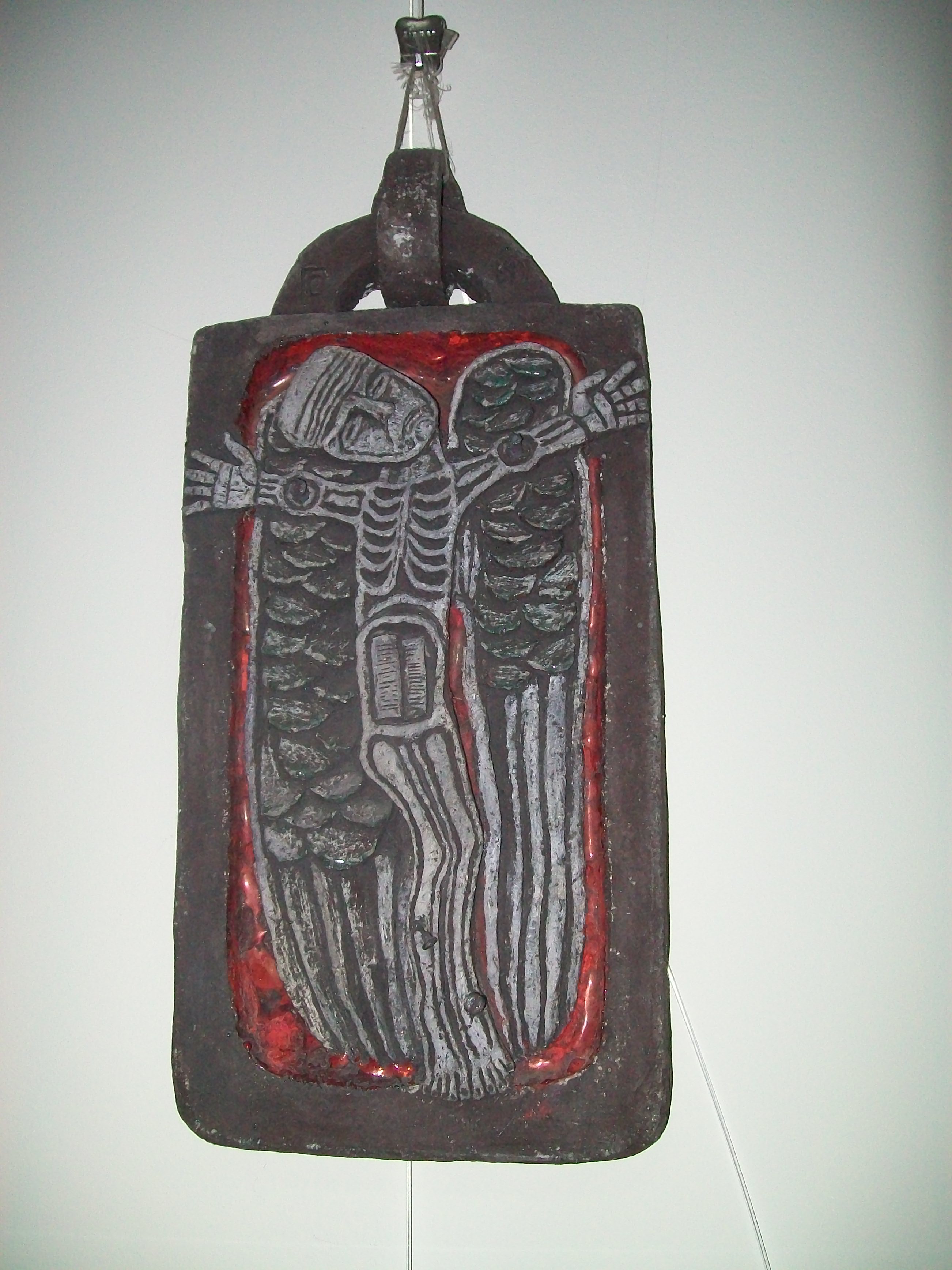 This ceramic piece was created by Halyna Sevruk. She titled it "Ivan Svitlychny" in order to show her deep love and respect for this leader of the Ukrainian sixtiers movement. Her portrayal meant to underscore his importance in forming the Ukrainian national consciousness and civic bravery of the sixtiers, who were persecuted for their words and their pursuit of truth. The martyred figure is winged and crucified. Quite importantly, at the very center of the piece is a book, as Svitlychny was a soul who thrived on knowledge. The curator of the Sixtiers Museum, Olena Lodzynska, noted during our interview that the date of creation (1969) is also significant, as it was well before the mass arrests that happened in the winter of 1972, when Svitlychny and many other sixtiers were taken by the Soviet authorities. This gives the piece an unsettling and prescient quality.