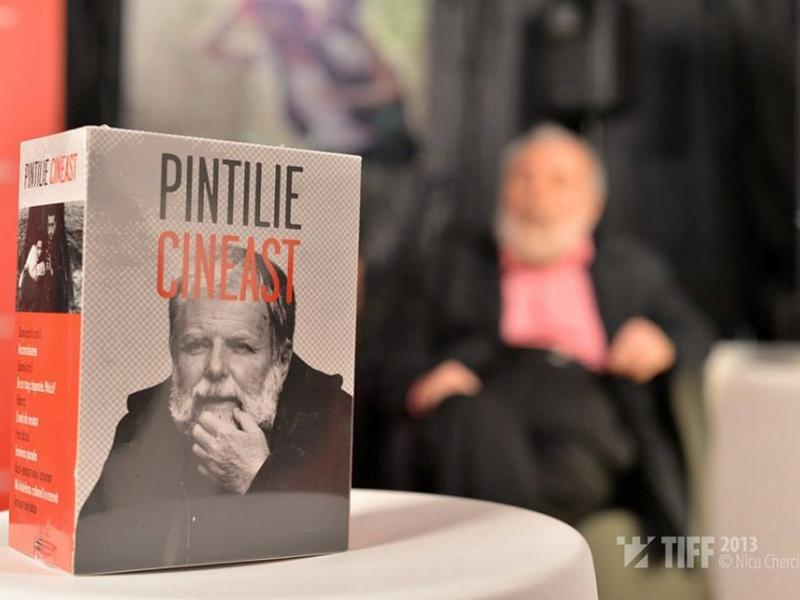 Lucian Pintilie (1933–2018) was a Romanian theatre and cinema director and screenplay writer. He was born on 9 November 1933 in Taruntino, now part of Ukraine. In 1940 his family felt Taruntino and thus, the young Pintilie finished his primary and secondary education in Romania. In 1951 he enrolled in the theatre directing department of the Ion Luca Caragiale Institute of Theatre and Film in Bucharest,. During his first year as a student, the Securitate contacted Pintilie and out of a “spirit of adventure” he agreed to become its “unqualified informer.” When Pintilie realised that he could not perform the assigned task of informer, he started to write reports containing “ridiculous denunciations” and complaints about “administrative shortcomings” in the student dormitories. In the same year of 1952 his father was arrested for eight months for political reasons (his membership of the Iron Guard). After his father’s release from prison, Pintilie put an end to his collaboration with the Securitate by courageously stating in his last meeting with the Securitate officer that: “I am a great director and never again I will dealt with such activities that can distract me from my creative work” (Pintilie 2003, 365–366). Following graduation Lucian Pintilie worked for a short period of time as a director at the Army Theatre and at TVR (Romanian acronym for Romanian National Television). Due to his rebellious spirit and frequent conflicts with the management, he lost his position at the Army Theatre. In November 1959 he also got fired from TVR as he refused to direct a show dedicated to the celebration of the October Revolution. Lucian Pintlie’s career was saved by Liviu Ciulei, another well-known Romanian director, who invited him to work as a director at Lucia Sturdza Bulandra Theatre. Here he directed a series of productions, such as Maxim Gorky’s Children of the Sun (Copiii soarelui, 1961), Teodor Mazilu‘s Proști sub clar de lună (Fools by moonlight, 1962), George Bernard Shaw’s Caesar and Cleopatra (Cezar și Cleopatra, 1963), Max Frisch’s The Arsonists (Biederman și incendiatorii, 1964), William Saroyan’s My Heart’s in the Highlands (Inima mea este pe înălțimi, 1964), I. L. Caragiale’s D’ale carnavalului (Carnival scenes, 1966), and A. Chekhov’s The Cherry Orchard (Livada cu vișini, 1967). At the same time, Liviu Ciulei included Pintilie in his shooting team for the film Valurile Dunării (The waves of the Danube) and he also worked as principal assistant of another great director, Victor Ilie, in two of his film projects. In 1965 Pintilie was given a UNESCO scholarship for film directing in France and Italy and this opportunity opened the way for his career as a film director. His first movie Duminică la șase (Sunday at six, 1965) was received with mixed reactions as Pintilie intentionally downplayed the communist underground resistance movement during World War II in favour of the a love story between the two protagonists of the film (Caranfil 2013, 195; Nasta 2013, 86–87). The series of his banned artistic works began with the film Reconstituirea (Reenactment, 1969) and continued with his adaptation of Gogol’s play The Inspector General (Revizorul) in 1971 at the Lucia Sturdza Bulandra Theatre. Because he constantly refused any compromise with the communist censorship, Lucian Pintilie was forced from 1973 to work abroad as a film and theatre director. At the same time, he enjoyed a privileged status as he could travel freely to Europe and United States and return to Romania whenever he wanted. Due to his international success the communist authorities lured him with a new film project after an adaptation of Ioan Luca Caragiale’s play D’ale Carnavalului (Carnival scenes), which he had previously staged successfully for the Bulandra Theatre. The film De ce trag clopotele, Mitică? (Why are the bells ringing, Mitică?) was not passed for screening and it was shelved until August 1990, when it had its premiere. After the banning of his film, Pintilie continued to work abroad, returning frequently to Romania to collect information about Romanian dissident intellectuals, such as Dorin Tudoran, which he passed on to the Romanian desk of Radio Free Europe. After the fall of the communist regime, Lucian Pintilie became the head of the Film Studio subordinated to the Ministry of Culture and focused his carrier on film directing. As a result, between 1992 and 2002 he shot a film every two or three years with the help of Marin Karmitz, a Romanian-born emigrant producer/distributor from France. His successful film productions included Balanța (The oak) in 1992, O vară de neuitat (An unforgettable summer) in 1994, Prea târziu (Too late) in 1996, Terminus Paradis (Next stop paradise) in 1998, După amiaza unui torționar (The afternoon of a torturer) in 2001, Niki Ardelean, colonel în rezervă (Niki and Flo) in 2003 and Tertium non datur in 2006. A highly awarded film director, Lucian Pintilie supported his younger colleagues in Romanian New Wave Cinema, such as Stere Gulea, Nae Caranfil, Mircea Danieluc, Nicolae Mărgineanu and Cristi Puiu (Nasta 98–120; Rîpeanu 2013, 440–441). He passed away in 2018 at the age of 84.