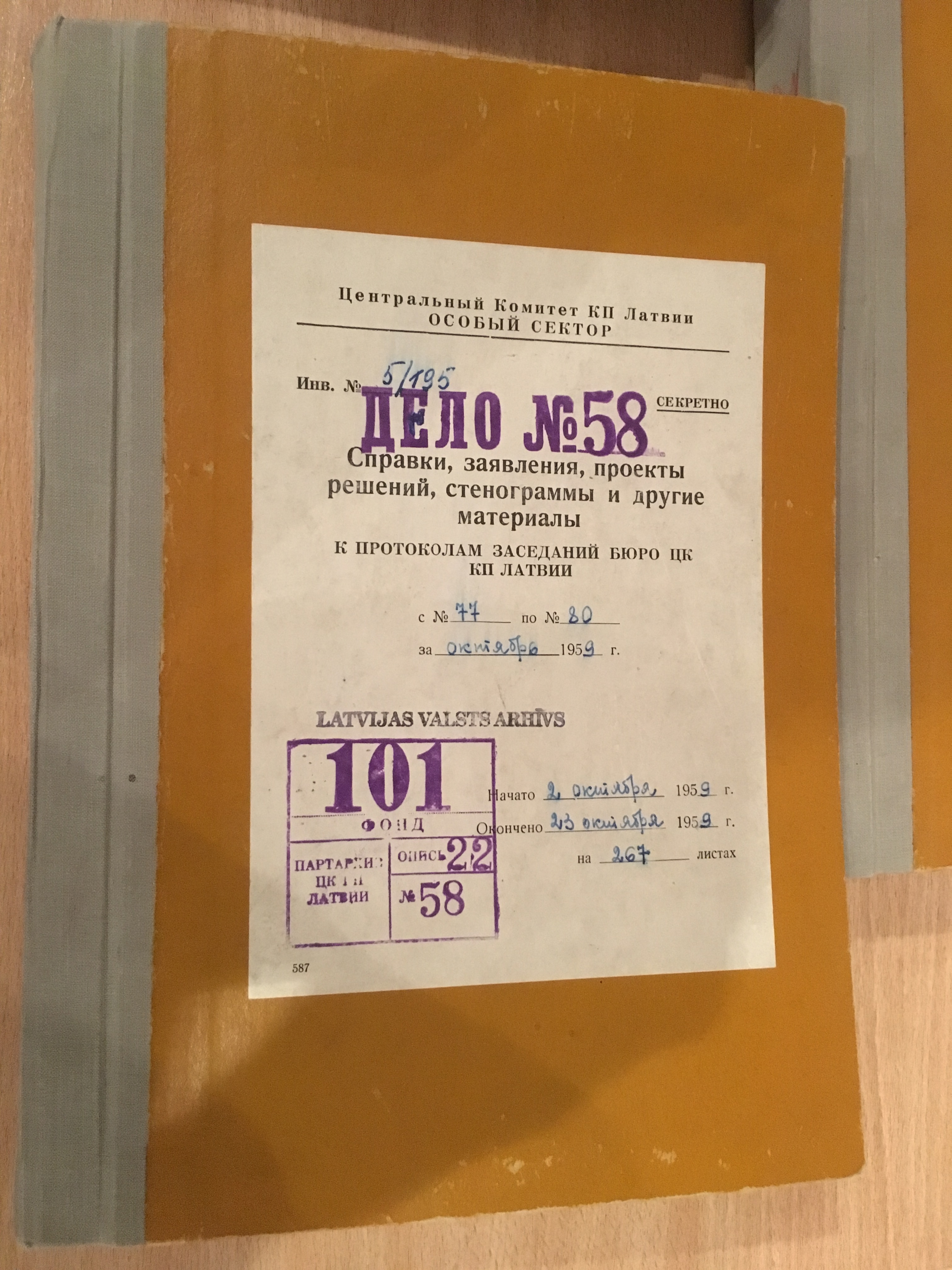 Control of the cultural life in Latvia was one of functions of the Latvian Communist Party (LCP) Central Committee (CC). The collection of documents furnishes rich information about the formulation and implementation of LCP CC cultural policy, about ‘deviations’ from the official path committed by the cultural opposition, and about attempts to use Latvian culture for the political ends of the Soviet regime in 1940-1991.