Graffiti in the underground passage in Warsaw, Rozdroże square. Photograph, 1989. 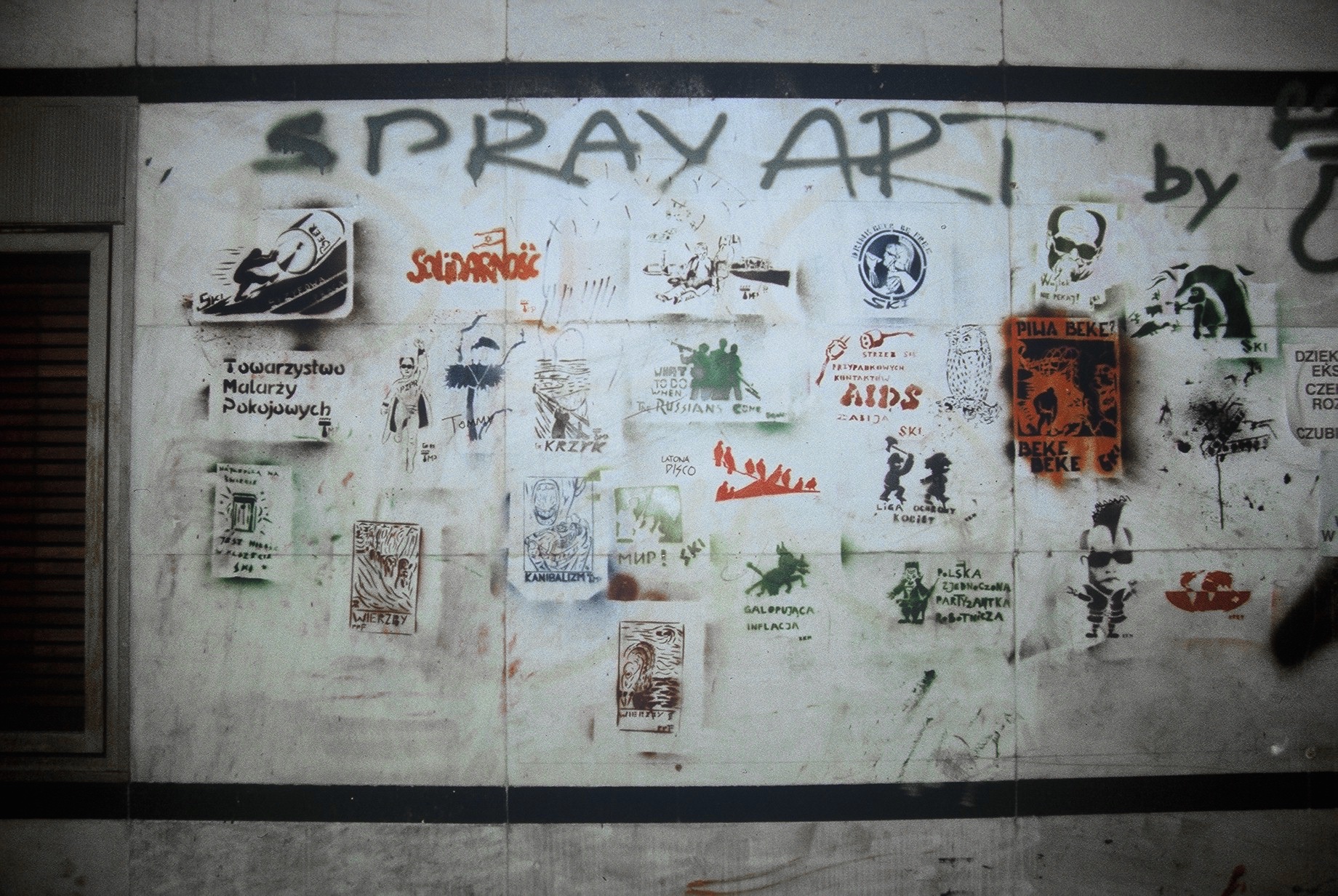 The photo made by Tomasz Sikorski in 1989 or 1990 shows the wall of the underground passage under Rozdroże square in Warsaw. The square, located in the center of the city, is a transport junction where Warsaw citizens everyday change a bus. The walls of the underground passage were an attractive space for the graffiti creators who put there their tags and stencil graffiti. That way, the spontaneous, informal graffiti gallery emerged there.
On the picture there are visible the stencil graffiti by Towarzystwo Malarzy Pokojowych (Association of Peaceful Painters), for example one with the Superman posture with the face of general Wojciech Jaruzelski, acronym PZPR (Polish United Workers’ Party) on his chest – a token of the affirmative and in the same time waggish attitude toward the ones in power, placed in the same line with the pop culture heroes. Another stencil graffiti depicted general Jaruzelski with a mohawk, dressed as a punk in a leather jacket. There is also a graffiti with characteristic inscription ‘Solidarność’ (Solidarity) and Israel’s flag above it what one can interpret as an anti-Semitic connection of mass union movement with the Jewish influences.