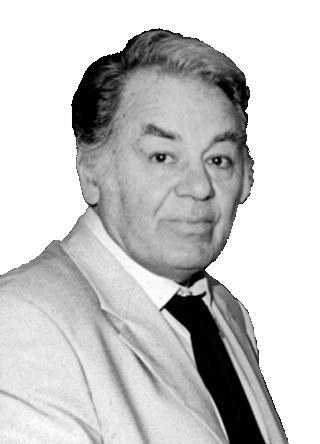 Emil Loteanu (b. 6 November 1936, Clocușna, Ocnița – d. 18 April 2003, Moscow) was a Moldavian director, script writer, and composer. Loteanu, who lost his father and mother in World War II, studied with famed actor Vasilii Toporkov (1889–1970) at the studio school of the Moscow Art Theater (MKhAT) from 1953 to 1956 while also acting on stage at the Moscow Pushkin Theater. He subsequently enrolled in Grigorii Roshal’s directing workshop at the Soviet State Film School VGIK, graduating in 1962, and began to work as a director at Moldova-Film Studio. Loteanu joined the Communist Party in 1968. In 1969, he was named Artist Emeritus of the Moldavian SSR, and in 1980, People’s Artist of the Russian Federation. He served as chairman of the Moldavian Union of Cinematographers in 1987–1992. Loteanu once called himself “a Moldovan Muscovite or a Muscovite Moldovan”; his relations with his motherland were often strained. Loteanu began his career with poetic documentaries, a genre in which he worked simultaneously with feature films well into the 1980s (Freska na belom / Fresco on White, 1967; Moi belyi gorod / My White City, 1973, and others). In 1963, he produced his first full-length feature, which also became his diploma film, Zhdite nas na rassvete / Așteptați-ne în zori (Wait for Us at Dawn), set in 1919 in Bessarabia where pro-Bolshevik troops defeated Romanian forces. Krasnye poliany / Poienile roșii (Red Meadows, 1966), a simple triangle story set among shepherds in contemporary Moldavia, impressed critics with its romantic worldview and expressive use of colour. Loteanu became the leading director of Soviet Moldavian cinema with three pictures that all combine nineteenth-century scenery, sophisticated cinematography, and love stories overflowing with uninhibited passion and grand gestures. Lautary/ Lăutarii (Fiddlers, 1972) is a broad canvas about Gypsy life, displaying all of the director’s strengths—panoramic landscape compositions, sensual music, and a slow narrative rhythm erupting in sudden acts of violence—but also characteristic weaknesses, most frustratingly a plot structure that falls apart due to Loteanu’s overindulgence in beautiful imagery and sound. With Tabor ukhodit v nebo (Gypsies are Found Near Heaven/ Queen of the Gypsies, 1975), based on early stories by Maksim Gor’kii, Loteanu landed one of the greatest box-office hits of Soviet cinema and made stars of its leads, Svetlana Toma and Grigore Grigoriu, who portray a beautiful girl and a horse thief in love. The Gypsy milieu and its melodious culture—longtime favourites of Russian audiences—denote both unabashed emotions suppressed in the modern age, and a fatalistic acceptance of the tragic outcome. This holds true, too, for Moi laskovyi i nezhnyi zver’ (My Loving and Tender Beast / The Shooting Party / A Hunting Accident, 1978), a picturesque Anton Chekhov adaptation that earned harsh criticism for the liberties taken with the original source. The 1980s proved a decade of slow decline for Loteanu. His international mega-production Anna Pavlova (The Divine Anna / Pavlova: A Woman for All Times, 1983) turned into a commercial disappointment, despite sensational subject matter and a fashionably nostalgic air. (Noteworthy, too, is the appearance of two famous filmmakers in episodic roles, Martin Scorsese and Michael Powell.) The director had obviously lost his feel for viewers’ predilections and he seemed forlorn in post-Soviet cinema. His last film, Skorlupa (The Shell, 1993), is a three-hour requiem mourning the loss of beauty and free bohemian life in a contemporary urban setting. At the time of his death, Loteanu was preparing an international coproduction about legendary singer Maria Cebotari.