Gdansk Shipyard in the eyes of Zenon Mirota 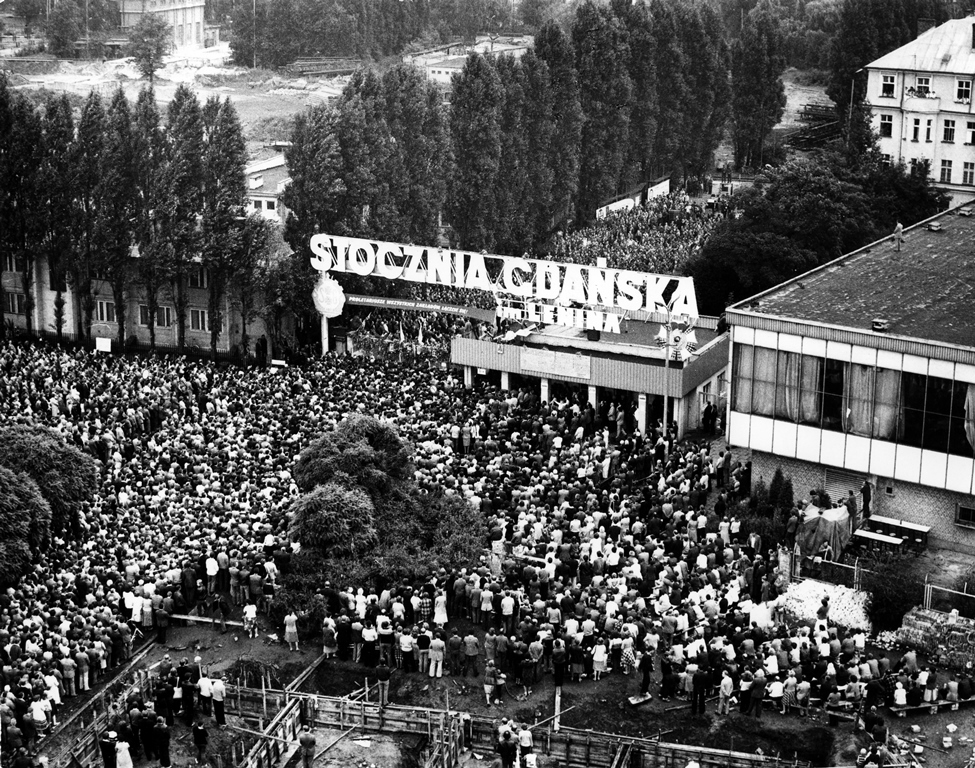 Zenon Mirota for over 50 years worked in the Gdansk Shipyard as a photographer, but he created much more than just a documentation on ship construction. The series of photos show his fascination with the varied space of this giant industrial plant. Big iron constructions, as well as loud and dirty works, for Mirota are just a source for artistic experience.

Some of the photos are quite abstract and some show beauty in unexpected scenes. Drilling, welding, hacking, melting – all what is usually associated with heavy industrial side of socialist reality, for Zenon Mirota was an inspiration for artistic photography. Concrete, iron and cast are a basis for aesthetic creations. Mirota played with colour, form and composition, and created a truly diversified collection.

Beside great artistic value, this set of photos vividly describe the life of a shipyard. They document everyday life scenes: the process of ship construction from a start to its launching or inspections and visits of local authorities. Mirota's photos give an insight to a day of a shipyard worker – with both hardships of this physical work, and short enjoyment moments and laughs during the breaks (which was beautifully presented through the series of portraits in the 1970s). Photographs also document the changes, which the shipyard overcame during a half of a century. In the 1980 Mirota attentively documented the strikes that broke in the Shipyard and led to legalizing the “Solidarity” as a trade union. It was the first non-governmental, legally operating organisation in the history of socialist Poland and Mirota's photos are the first-hand report on its beginnings. They present the political signs and graphics painted on the walls, the workers occupying Shipyard's buildings and squares and the multitude of people who came to the Shipyard's gates to give their support.

The series of pictures by Zenon Mirota is now one of the most precious collections in the photographic archives of European Solidarity Centre (ECS). Mirota's pictures are frequently exposed by the institution, especially during events about the historical space of the shipyard (where the museum is situated). ECS also organised an online exhibition "Shipyard by Mirota", which can be seen on their website.

Zenon Mirota still photographs the Gdansk Shipyard. Despite its dereliction and downfalls, the photographer has never stopped to see the beauty in its unusual space.