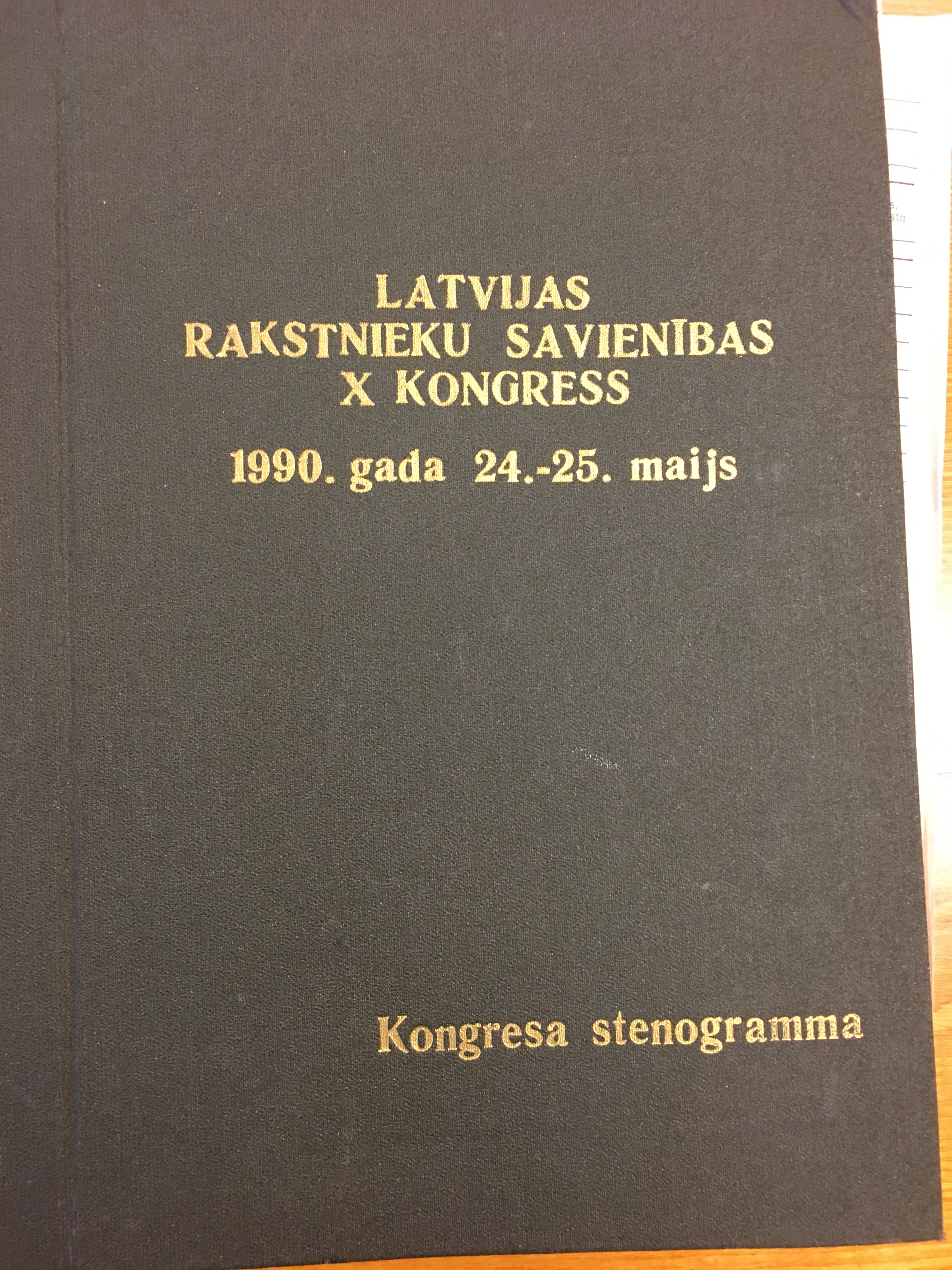 The Latvian Soviet Writers' Union was created in October 1940, modelled on the Soviet Writers' Union and based on the statutes of the organization. In October 1940, the first 13 members signed a declaration on the foundation of the Union. The name of the organization was initially the Writers' Union of the Latvian SSR, but its official name was soon changed to the Latvian Soviet Writers' Union. Its first conference was convened on 14 June 1941 (the day when a mass deportation from Latvia took place), and the conference itself was renamed the 1st Congress of the Union. With the outbreak of the Soviet-German war, the leadership of the organization fled to Russia. In the autumn of 1944, when Soviet power returned to Latvia, the Union was reestablished. Until December 1965, the leadership of the organization was run by writers who had spent the war in the Soviet rear or fighting in the Red Army, and was loyal to Soviet power. The Union contributed considerably to the sovietization of Latvia, and to the imposition of methods of Socialist Realism on Latvian literature. The Writers' Union had quite a considerable proportion of Communist Party members (39 out of 108 members in 1958) in comparison with other creative unions. Although under the influence of limited liberalization processes in the USSR and socialist countries in Europe there were slightly freer debates at the 4th Congress of the Union in 1958, the older generation managed to retain power and limit liberalization quite effectively for some time. But things started to change, because in the second half of the 1950s and at the beginning of the 1960s, a new generation of talented writers emerged (the poets Ojārs Vācietis, Vizma Belševica, Imants Ziedonis, Māris Čaklais and Imants Auziņš, the novelists Regīna Ezera and Zigmunds Skujiņš, the playwright Gunārs Priede, etc). At the 5th Congress of the Union in December 1965, this generation dominated discussions that were much freer than before and after, until the beginning of perestroika. In elections to the Board of the Union, the five candidates who were considered to be the most loyal to the Soviet authorities were ousted, and the leadership of the organization changed considerably to a more liberal one. After the 5th Congress, the Union developed into an organization that managed to defend more effectively the combined interests of its members and creative freedom, and in some cases to limit the attacks by the authorities on some writers. With the beginning of perestroika, the Union became an important source of legal political and cultural opposition. In cooperation with other creative unions, it organized a plenary meeting of creative unions on 1-2 June 1988, the first meeting at which public concerns about national, economic and ecological problems were expressed from an official tribune; and even more importantly, it was said that in 1940 Latvia did not join the Soviet Union voluntarily, but was occupied. In the summer and autumn of 1988, the Union participated actively in the creation of the Latvian Popular Front, which became the main force in the struggle for the restoration of national independence.
At the tenth congress in 1990, the work of the Union was restarted under the name the Latvian Writers’ Union.