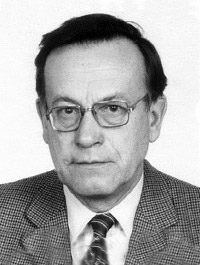 Ferenc Pataki (1928–2015) was a Hungarian social psychologist and professor. In 1946, he began studying history, philosophy, and sociology at the university of science in Budapest. He took part in the so-called people’s college movement, and in 1948, he became the director of the Petőfi Sándor College for Historians. In 1949, he was made main secretary of the National Fellowship of People’s Colleges (NÉKOSZ). Between 1949 and 1953, he studied at the Lenin Pedagogical Academy in Moscow. After his return to Hungary, Pataki became the leader of the Agitation and Propaganda Class of the Fellowship of Working Youth (DISZ). In 1955, he became a stipend-holder at the Hungarian Academy of Sciences (MTA). He was one of the leaders of Petőfi Circle, so after the Revolution of 1956, he could only work as a primary school teacher. In 1961–1965, he served as a member of the staff at the National Institute of Pedagogy. In 1965, he moved to the Psychological Research Institute of the Academy. In 1967, he began teaching social psychology and pedagogy at Eötvös Loránd University, and in 1984, he became a professor in the Sociology Department of the university. In 1972, he was made vice-director, and between 1975 and 1993 he served as director of the Psychological Research Institute of the Hungarian Academy of Sciences. He was one of the founders of the New March Front in 1988, and he was a member of the Consultant Body of the Németh Government until 1990. Between 1990 and 1993, Ferenc Pataki was president of the Philosophical and Historical Class of the Academy. In 1993–1996, he served as one of the vice-presidents of the Academy. From 1996 until 2002, he was director of class again. His research focused on psychological theories of social effects, but he also dealt with theories and the history of education.