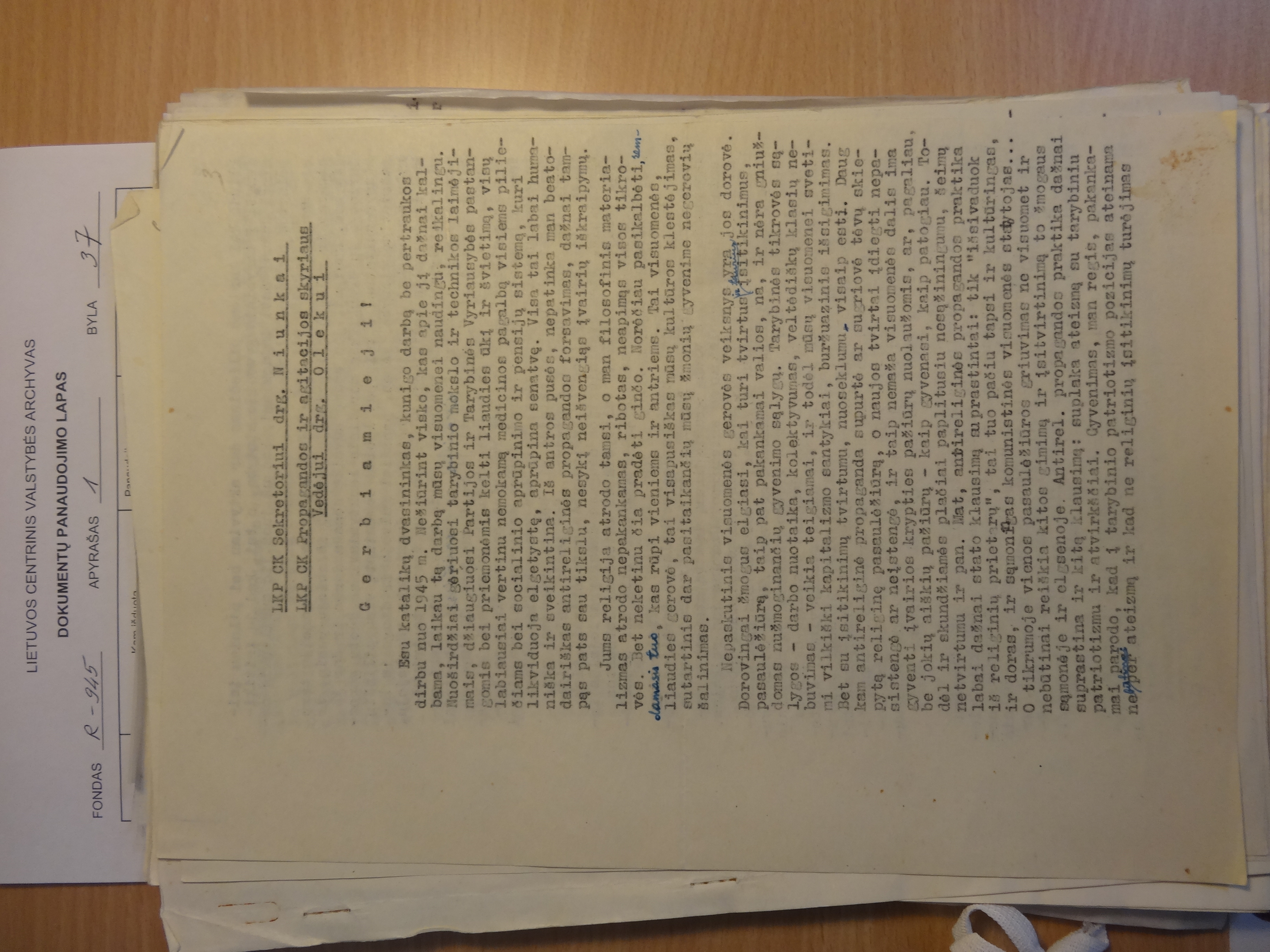 The letter reveals Soviet government policy towards the Catholic Church and the community of believers, and the difficult conditions for priests in providing catechisation to the community. It shows not only the political struggle between the Soviet government and the Catholic Church, but also the attempts to find a form of coexistence. There were some grey zones in negotiations and communication between these two, when an understanding of common interests (such as keeping up moral standards in Lithuanian society, or restricting and fighting against negative tendencies such as alcoholism) led to attempts to come to an agreement in slowing down the anti-religious campaigns by the Soviet government, and limiting anti-Soviet rhetoric from Catholic priests.