Interview with Nicolae Covaci, 5 May 2009, Bucharest 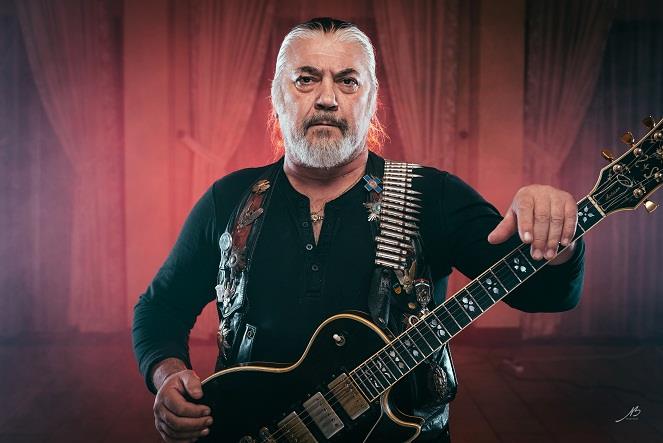 The founder and member of one of the most well-known Romanian rock bands, Phoenix, Nicolae (Nicu) Covaci granted a video-recorded interview to the researchers of the Centre of Oral History at the CNSAS (Romanian acronym for the National Council for the Study of the Securitate Archives) on 5 May 2009. The interview was recorded after Covaci read the personal file about him created by the former Romanian secret police, the Securitate, and expressed his discontent regarding its content, which covered only parts of the artistic life of the band. The interview follows a semi-structured format and falls into the category of life-story interviews. Nicu Covaci spoke about his early life in Timișoara, his educational background, his family and friends, how he became interested in music, and the beginnings of his band Sfinții (The Saints), later renamed Phoenix. Special attention was given to his relations with the communist authorities, especially the Securitate and the communist Militia, given his public profile and non-conformist stance as the leader of Phoenix. Consequently, Nicu Covaci spoke about how surveillance by the Securitate and Militia intensified as the band gained popularity among young people and how he and other members of Phoenix felt their presence during concerts, and he underlined the fact that authorities feared that their concerts might trigger young people’s revolt against the communist regime. Regarding this last aspect, he spoke about the influence Phoenix had on Romanian teenagers and how they filled the concert halls and stadiums where the band played. Moreover, Nicu Covaci described how Phoenix concerts were used by the same young Romanians to carve out a space for personal freedom and self-expression through nonconformist dressing style and behaviour, and especially through singing lyrics that contained hidden messages against the communist regime and its restrictive policies regarding the consumption of Western music. Censorship was another subject of the interview and the leader of Phoenix remembered their complicated relations with it. Sometimes they managed to trick the censors by coating the anti-regime messages of their lyrics in figures of speech, but in other instances, some of Phoenix’s songs could not be included on their albums. The non-conformist stances of Nicu Covaci also brought him into direct conflict with the authorities, as he refused publicly to became a member of the Romanian Communist Party and play an obedient role in relation to the communist authorities. The frequent harassment he was subjected to by the Militia and the Securitate influenced his decision to emigrate in 1976. After the earthquake of 4 March 1977, Nicu Covaci returned to Romania to participate in a fundraising concert for the numerous victims of the natural disaster that had devastated the southern part of the country. In fact, he took advantage of his return home to help the other members of the Phoenix to flee the country. In his interview, Covaci recounts in great details the movie-like story of how he helped the rest of the Phoenix band to get out of the country illegally, hidden in huge loudspeakers.