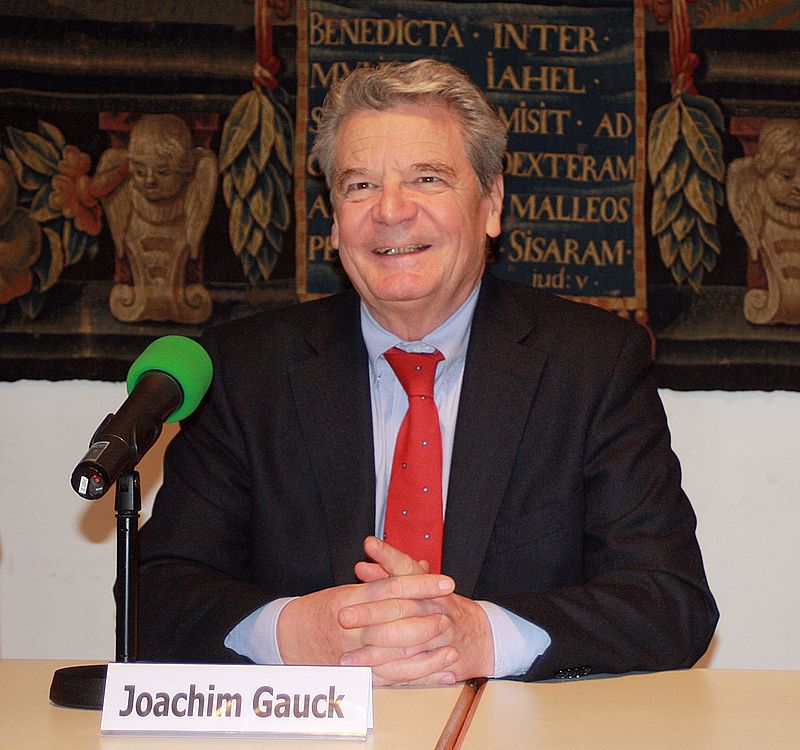 Joachim Gauck, a Protestant theologian, worked for many years as a church functionary in the GDR until he became part of the Civil Rights movements, joining the New Forum. Thereafter, he was named Chairman of the special People’s Assembly committee charged with overseeing the devolution of the former Ministry of State Security. Following German reunification, the Federal Government tasked him with securing, administering and researching the records of the State Security Service. Until the year 2000, Gauck held the office of Federal Commissioner for the Records of the State Security Service of the former German Democratic Republic. From 2012 until 2017 he was the eleventh President of Germany.