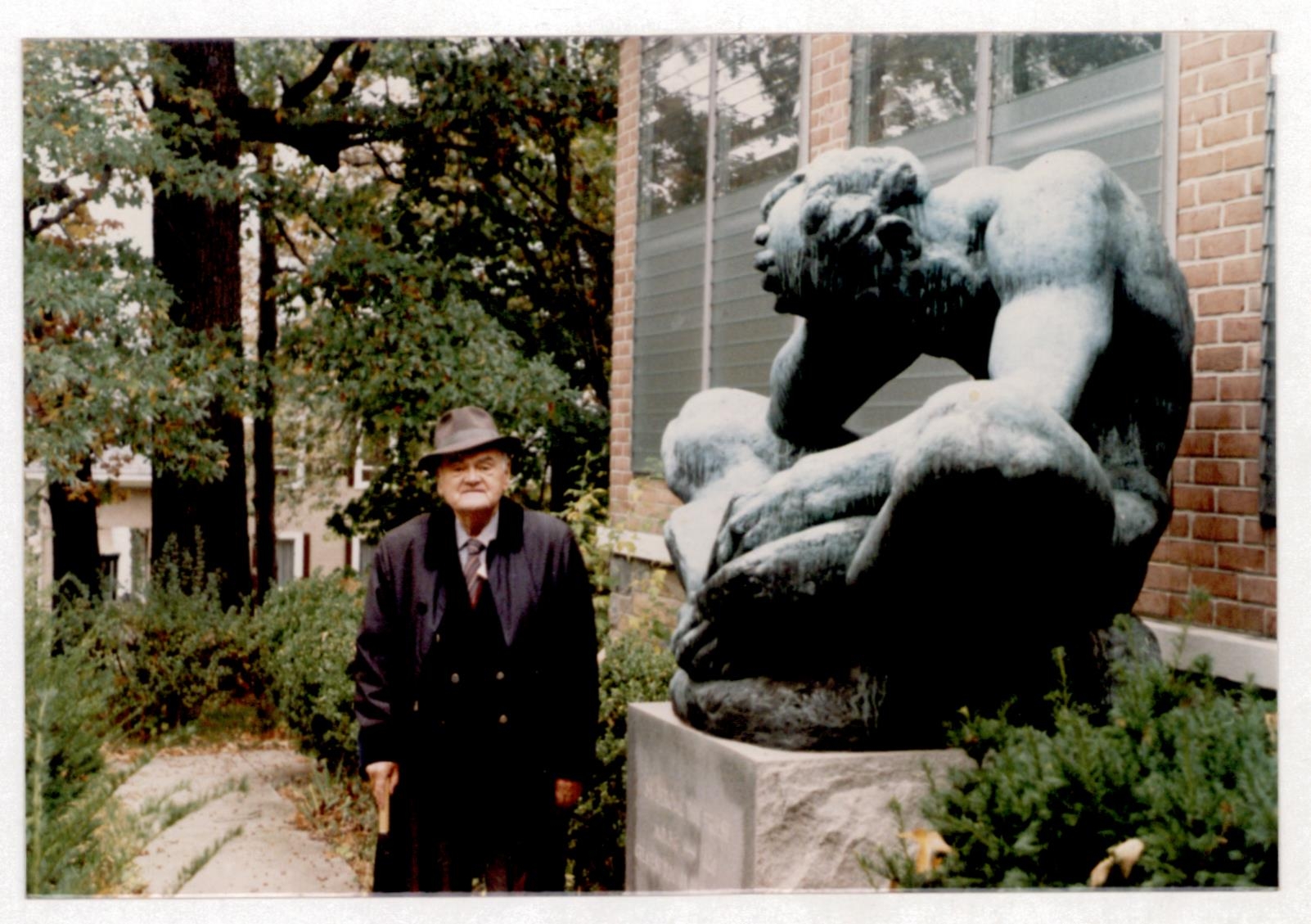 Bogdan Radica was born on 26 August 1904, in Split. He was a writer, publicist, journalist and historian and one of the most prominent Croatian emigrants after 1945. After he finished classical gymnasium in Split, he attended studies at Ljubljana University (1923-1924). He left for Florence where he continued studying history and law. His first job position was in Paris in 1928, where he was a reporter for Obzor, a daily Zagreb newspaper. The following year he became the pressman for the Belgrade Avala. In 1930, he went to Athena as an emissary for the press at the Royal Embassy of Yugoslavia. He was also active as a member of the PEN Club and when he came to Geneva as a member of the Yugoslav delegation at the League of Nations (1934-1939). After the foundation of Banovina Hrvatska in 1939, he settled in Belgrade, where he worked at the State Office for the Foreign press. At the end of 1940, he relocated to Washington and since 1941 worked in the press bureau of the Kingdom Yugoslavia in New York. At that time, he also started writing for the American press. The reason why he had moved to the USA was his book Agonija Evrope, printed in Belgrade in 1940, which was very critical of national socialism and fascism. Morover, his family ties with Guglielmo Ferrero, who was a dissident of Mussolini's regime, caused a diplomatic pression from Germany and Italy on Yugoslavia which finally caused his his departure to the United States.

In distancing himself from the Yugoslav Government, which was placed in exile, he advocated for the Partisan movement. He collaborated with the movement for the purpose of gaining recognition of Tito as the Allies' only partner in Yugoslavia. Immediately after the end of the war, he came back to Belgrade where he worked a time in the Ministry of Information. After travelling to Zagreb and Split, disappointed with the consequences of communist revolution in Croatia and Yugoslavia, he decided to settle permanently in the USA, as an intellectual with bourgeois views. In his writings, he expressed his opposition against the communist rule, and also Yugoslavia as a state, becoming after the war a defender of the idea of Croatian statehood. Politically, he favoured the Croatian Peasant Party, and in his articles in the American press he shared his experience of living in Communist Yugoslavia. He was attacked by Yugoslav Communist authorities, President Tito and his minister of Internal Affairs Aleksandar Ranković on account of his writings. Before a committee of the American Senate in 1947, he gave a lecture on the Yugoslav brand of communism, insisting that the US not send aid to the regime.

Due to his previous ties with the communist regime in Yugoslavia during and after the war, he received American citizenship as late as 1957. He worked as professor of modern European history from 1950 to 1974 at Fairleigh University in New Jersey. During the years, he became a fruitful publicist in the diaspora press, especially in Hrvatski glas and Hrvatska revija, for which he wrote dozens of articles on cultural and political issues. Some of the diaspora newspapers in which he was involved were: Nova Hrvatska, Journal of Croatian Studies, Slobodna riječ, Danica, Hrvatski dom and many others. He also wrote a large number of essays and articles in American reviews and newspapers on various topics concerning Yugoslavia and communism, such as The New Leader, The New Republic, Chicago Tribune, The American Mercury, The Reader's Digest, The Annals of the American Academy of Political and Social Science, The Commentary, The Freeman, The Challenge, Journal of Central European Affairs and others.

The author had a great number of essays and several books, among which were Sredozemni povratak (1971), Hrvatska 1945 (1974) and Živjeti nedoživjeti - Uspomene hrvatskog intelektualca kroz moralnu i ideološku krizu Zapada (Knjiga I, 1982; Knjiga II, 1984). All of these books were forbidden under the communist regime, as they had criticized the Yugoslav political and social system. During his life in exile, he liaised with many outstanding Croatian political emigrants (Vinko Nikolić, Jure Petričević, Bruno Bušić, Mirko Vidović, Nikola Čolak, Ante Kadić, Jakša Kušan, Zlatko Markus), and also with dissidents from Croatia and Yugoslavia (Franjo Tuđman, Milovan Đilas, Mihajlo Mihajlov). On a number of occasions, he participated in TV discussions on Yugoslavia and at the meetings of American historians. He was a member of a number of international organizations such as: The International PEN Club, The International League for Human Rights, The Comittee for the Free World, Liberal International and others. He was also an active member of the Croatia Academy of America, Hrvatsko narodno vijeće (Croatian National Council) and the Committee to Aid Democratic Dissidents in Yugoslavia. After 1945, Radica visited Croatia for the first time in July, 1990. President Tuđman appointed him to a commission for the new, democratic Constitution of Republic of Croatia. At the time of Yugoslav crisis, he defended a peaceful solution and the creation of the independent Croatian state. He died at 89 on 3 December 1993 at St.Luke's Roosevelt Hospital Center in Manhattan, New York City.