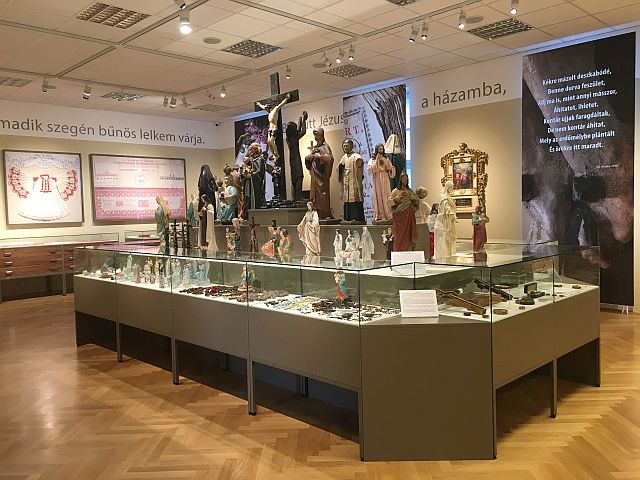 Zsuzsanna Erdélyi’s collection was the outcome of an unanticipated event in socialist Hungary. The ethnographer and her colleague Sándor Bálint created a collection of objects pertaining to Catholic folk practices in the mid-1970s with the public support of Cardinal László Lékai and the Catholic press. The survival of a significant number of private religious objects during the communist era demonstratd that many citizens lived active spiritual lives and cultivated the heritage of their parents and grandparents, despite the government prohibition against religion.