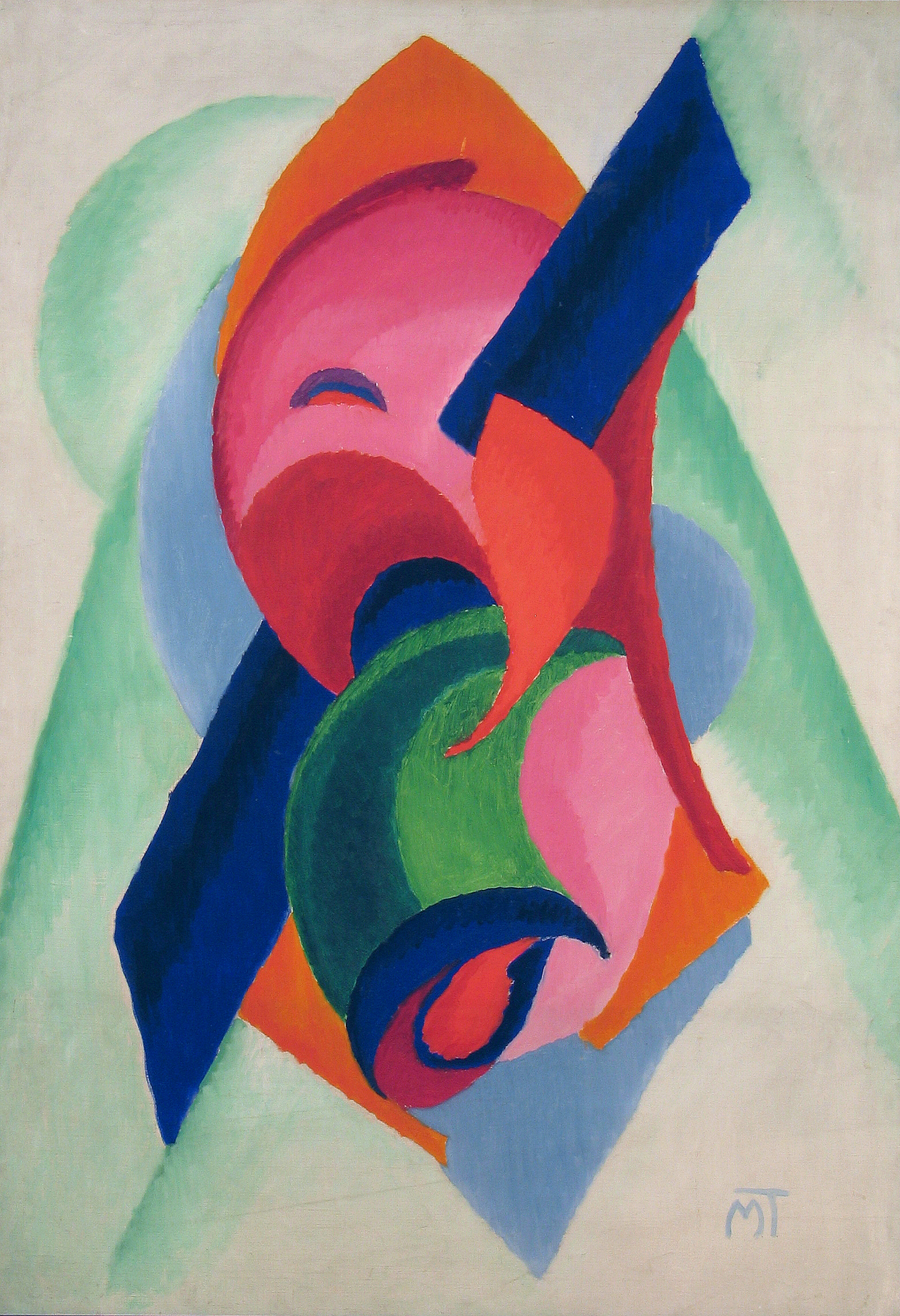 This painting is part of the series Compoziţii (Compositions), which contributed decisively to Hans Mattis-Teutsch’s international fame at the beginning of the 1920s (Almási 2001, 29). The work reflects the tendency towards the abstract visible in his creative work in that period, marked by the artist’s involvement in the expressionist group Der Sturm in Berlin (Mesea 2009, 23–24). The rhythmic character of his works has made certain art historians characterise his style as “musical expressionism” (Gassner 2001, 45; Mesea 2009, 24). The natural motifs present in his work before the 1920s are turned in this series into abstract forms. The paintings in this series, which were very well received both by the general public and by art specialists in the interwar period, were not exhibited during the first part of the communist period, because avant-garde art was considered “decadent” and “bourgeois” by the new regime (Popica 2015, 3). Nevertheless, the Art Museum in Braşov (which at the time was a section of the Braşov Regional Museum) purchased certain paintings in this series (including the one described here) in the years 1967–1968, in the context of a relative liberalisation of the cultural policies of the communist regime. None of these works was exhibited as part of the museum’s permanent collection, which shows that Mattis-Teutsch’s recuperation during this liberalisation period was limited.