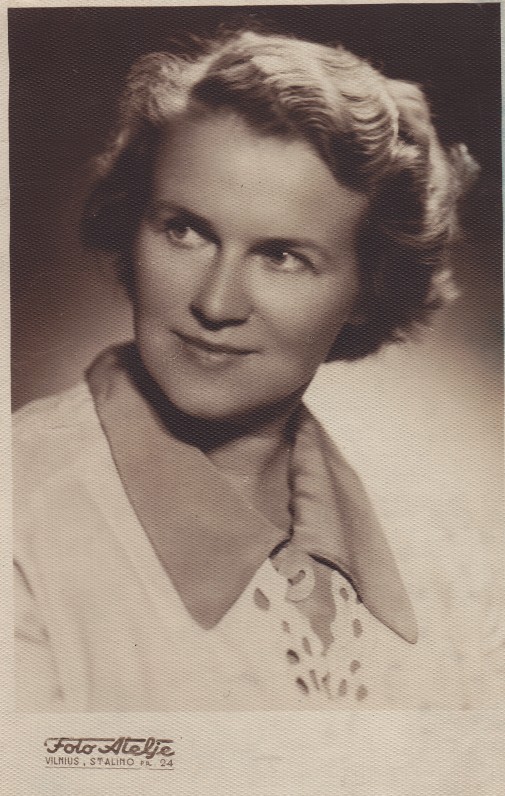 ‘Aldona Liobytė. Smiling Resistance' was the title of one of the first books about the writer, publicist and interpreter Aldona Liobytė. Being a very active person with a strong sense of humour, Liobytė initiated and led informal networks among the Lithuanian intelligentsia. She kept up social ties and correspondence with many artists, discussing and making suggestions about creative work and everyday life, as well as supporting the ideas of the younger generation of artists. Through her personal ties and networks, she expressed an outlook (usually in the form of humour, irony or sarcasm) that had a sense of the existence beyond official Soviet ideology. While she was forced to leave her job at the Literary Fiction publishers because of her un-Soviet attitudes, she continued to work in the cultural sphere, writing for children and the younger generation. Translating from other languages was also an important activity and a reliable source of income for Liobytė's family .
The collection consists of the papers of Aldona Liobytė, which are split between the Maironis Lithuanian Literature Museum and Liobytė’s daughter Gintarė Paškevičiūtė-Breivienė.