The Banned Volume of the journal Tiszatáj, 1986. Publication 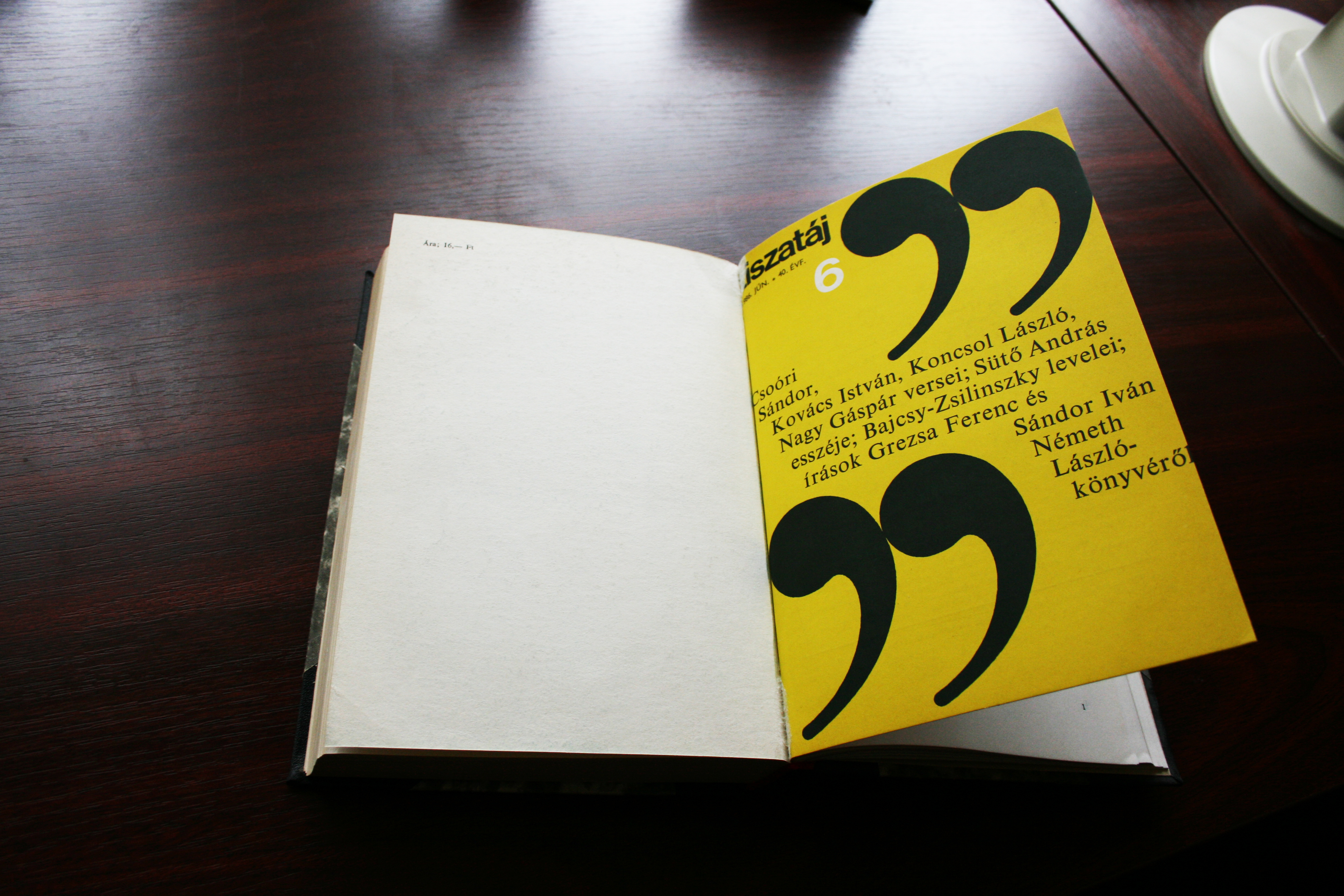 The collection contains one copy of the June 1986 issue which escaped shredding, bound together with the other Tiszatáj issues from 1986. Gáspár Nagy’s poem entitled “From a Boy’s Diary,” which generated literary-political scandal, appears on page 10 of the 112 pages. In addition to writings by Gáspár Nagy, the issue also includes poems by Sándor Csoóri, István Kovács, and László Koncsol, an essay by András Sütő, two articles commemorating Endre Bajcsy-Zsilinszky (who had been born 100 years earlier), and, finally, treatises on segments of László Németh’s literary oeuvre.

Proceedings were launched against the editorial staff and the periodical was suspended due to a poem by Gáspár Nagy in which Nagy alludes to the revolution of 1956 and the moral crisis of the late Kádár-era. Some claim it contains references to János Kádár himself.