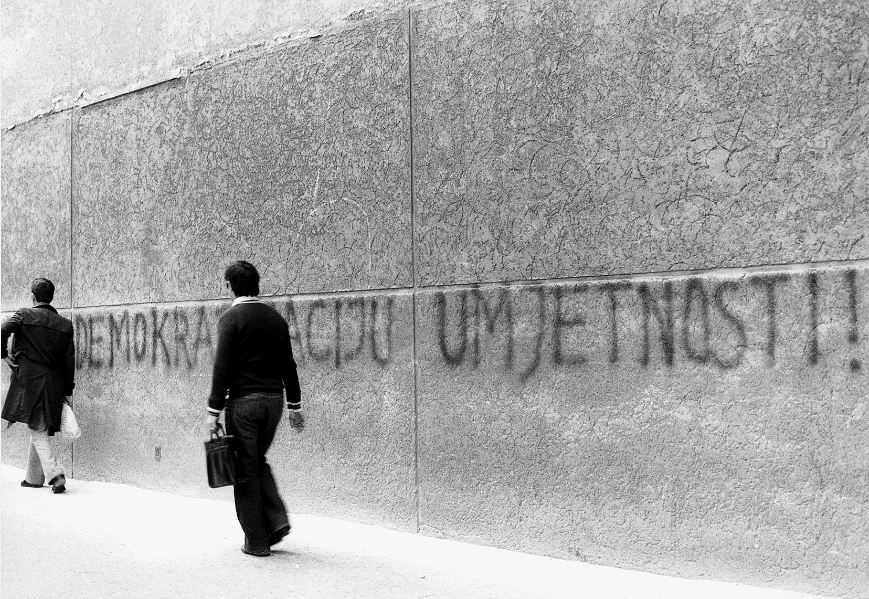 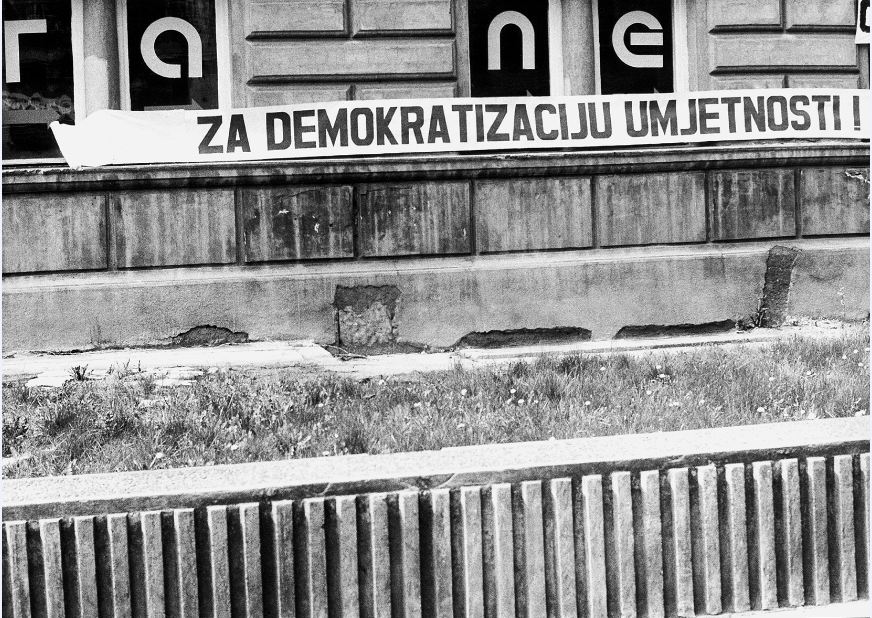 The performance or action from the "For the Democratization of Art" cycle, in which the artist drew graffiti on a facade in Belgrade in 1981, while on another facade he hung a banner bearing the slogan  "For the Democratization of Art". This work was a continuation of the cycle initiated in Zagreb with the collection of signatures on Republic Square, drawing graffiti in an underpass, and hanging banners. In Belgrade, the artist continues with earlier expressive forms - graffiti and a banner.