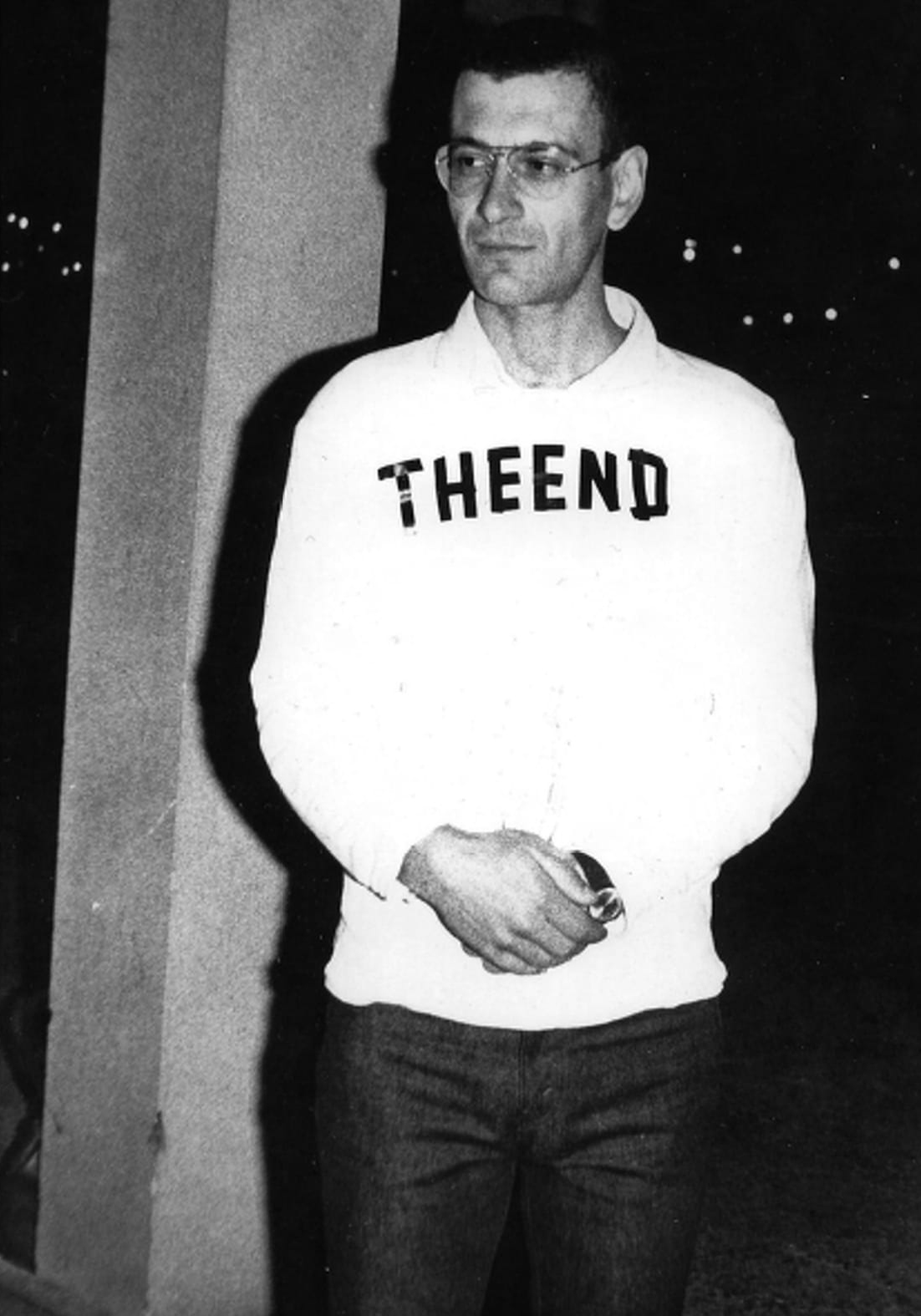 “After the reaction of the state apparatus, Slobodan Tišma cancelled his public art practice and, together with Čedomir Drča, created several works and staged several performances that focused deeply on the death of utopian projects and the end of modernism. It was interesting that after the state’s reaction most of the artists, sooner or later, reduced their presence within the cultural scene, some amongst them stopped working or started to symbolically respond to the new situations that surrounded them. There were works like Invisible Art, Invisible Band and Invisible Artist that were part of a time-based performance called The End that took place between 1972 and 1977. During this period Slobodan Tišma and Čedomir Drča drank American Coca-Cola and Russian kvass every day with friends in front of a local store. This performance presented an ideological and political dimension for the desired autonomy of art; declaring the avantgarde’s artistic acknowledgment of the defeat of art in the battle with the ideological state apparatus.” (The Continuous Art Class, 2005, p. 19 – 20).

This took place during rehearsal breaks of the bands they formed during these years. There is very little photo documentation of this period both because photography was expensive and because the participants themselves did not give too much importance to these performances. One of the few photographs from this period is in the possession of Čedomir Drča, and it depicts him wearing a T-shirt with the inscription The End.