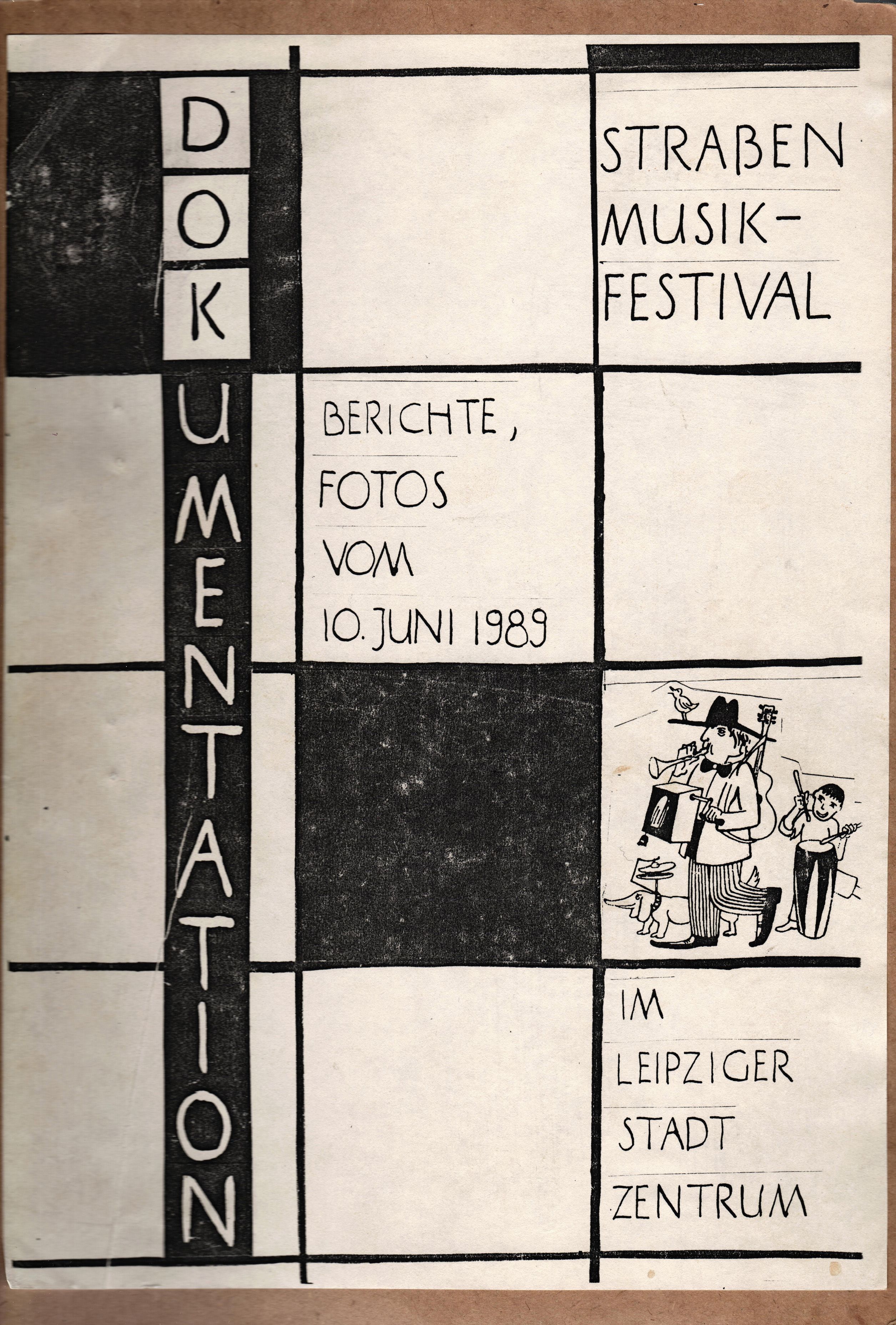 Members of the Leipzig basis group organized a street music festival for 9 June 1989 in protest of the prohibition of street music. More than one thousand musicians and their supporters took part in the event.

During the event, patches were distributed opposing the official GDR media jubilation at the subjugation of the Chinese Democracy movement. The security services attempted to disperse the festival and apprehended nearly one hundred participants. There were police chases in the city center, which affected many uninvolved citizens.

The organizers were ready and were able to document the event, later distributing fifty copies of a brochure detailing and showing what had transpired. One of these fifty copies made it to the West. From there, photos of the event were transmitted to the East and helped to illuminate the repressive character of the security services. The street music festival of 9 June 1989 and its impact play an important part in the chronology of system changing events.