FAZ Article about Letter from Victor Frunză to Nicolae Ceaușescu, in German, August 1978 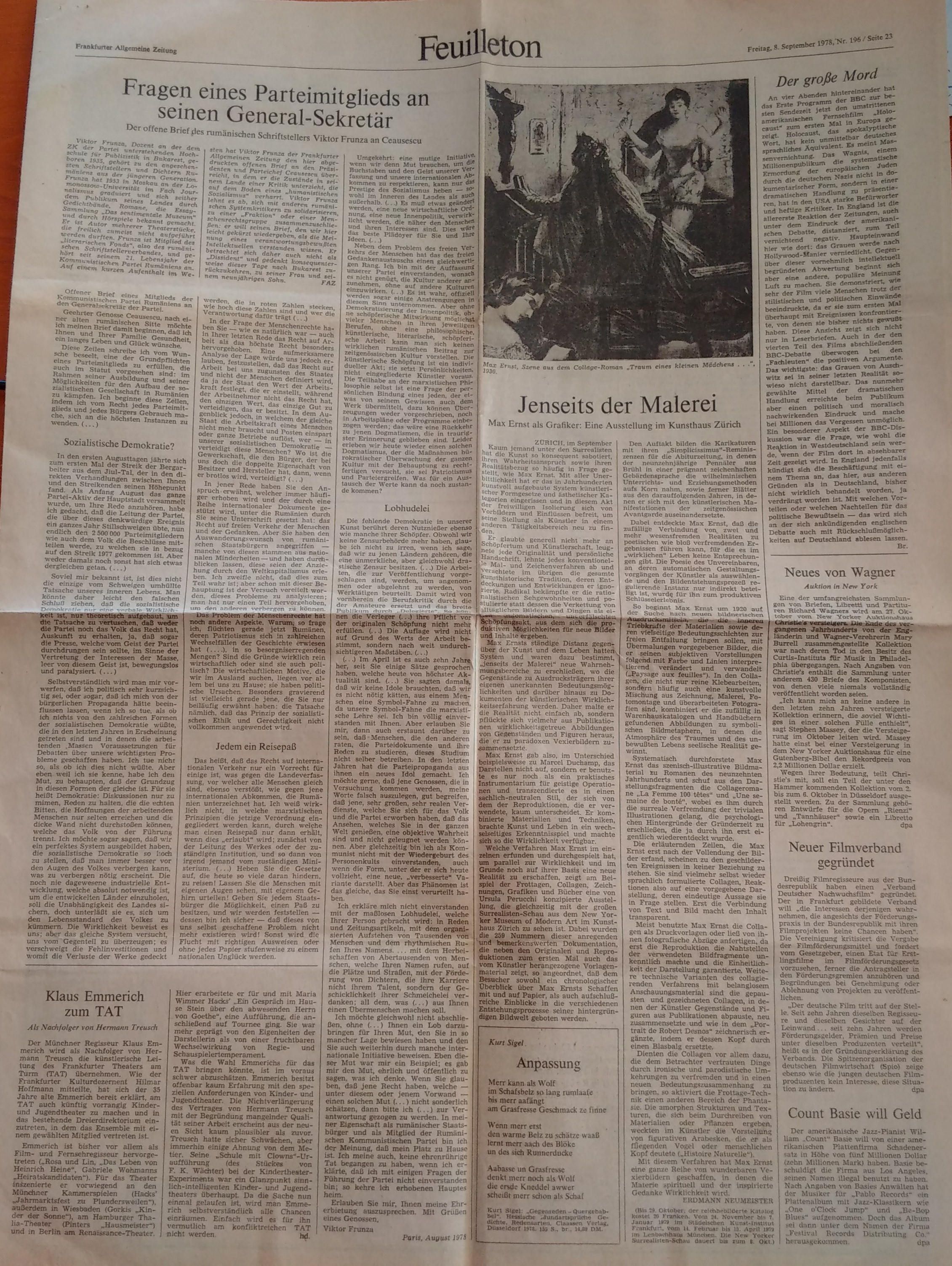 This letter is an important document for the history of dissidence in Romania, being a proof of the open opposition of a Romanian living in the country to the dictatorship of Nicolae Ceaușescu. In this case the writer was Victor Frunză, a Romanian writer and journalist, who in 1978 went as tourist to Paris. On this occasion, he contacted a representative of the Reuters Agency, to whom he handed a letter addressed to Nicolae Ceaușescu. He wrote the text of the letter in Romania and memorised its content in order not to carry it and be discovered at customs control. So he rewrote it from memory after he arrived in France. The material in question was published by Frankfurter Algemeine Zeitung and broadcast by Radio Free Europe. Also, a copy of the letter was sent by Victor Frunză, by post, to Nicolae Ceaușescu. Essentially, his letter was a criticism of Ceausescu's dictatorship: "I want to manifest deep disagreement with the revival of the cult of personality, today is an improved version, decorated with the national flag." Frunză's conclusion was that "the type of socialist democracy in Romania is nothing more than a parody of discussions through speeches, even if these are not written by those who speak them." The document is in the IICCMER archive and is an original copy of the German letter published in 1978 in Frankfurter Algemeine Zeitung. The letter was subsequently published by Victor Frunză in Romanian, at the publishing house he founded after the emigration, in the pages of the book For Human Rights in Romania (1982). The second edition of this volume appeared in 1990, in Bucharest, under the aegis of Victor Frunză Publishing House.