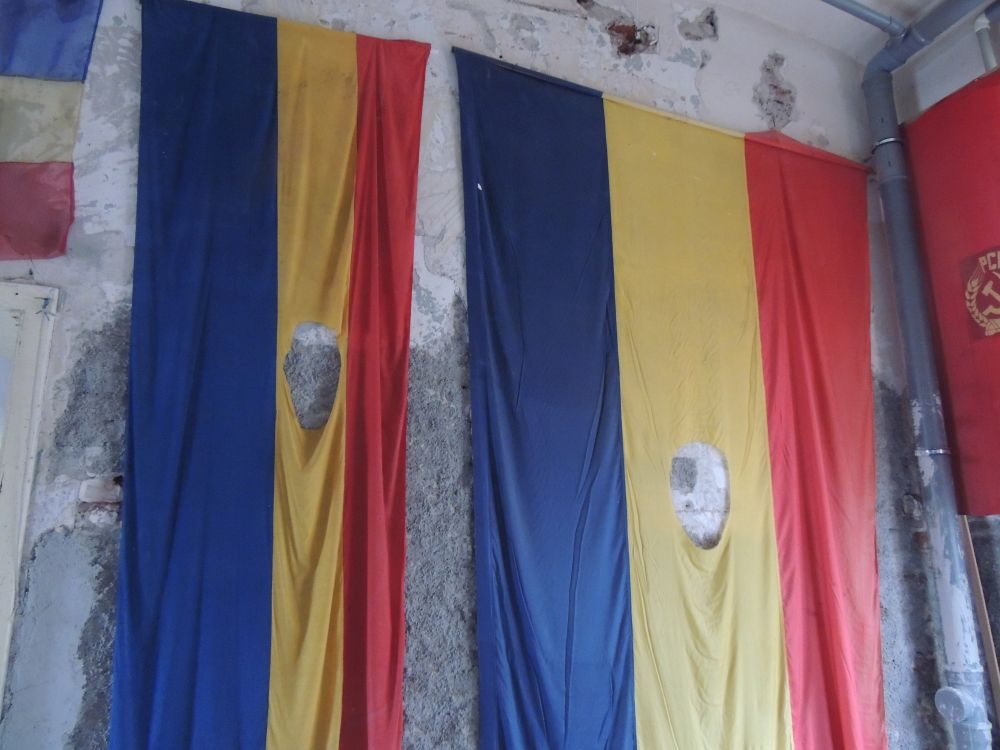 One of the most imposing rooms of the Memorial to the Revolution in Timişoara is dedicated to the tricolour flags that were in the street or in various institutions during the very tense days of December 1989. It houses some fifteen flags, all original. “They are flags that have, in a sense, been to war; people came out to demonstrations with them in the days from 15 to 22 December; some of them were shot at; some were discoloured by the weather on those days; they are important symbolic objects that had very important trajectories for the revolutionary movements of 1989, in those heated and bloody days in Timişoara,” says Gino Rado. The majority have a hole where the communist emblem was removed – the flag with a hole in the middle became one of the emblematic images of the Romanian Revolution of December 1989. Of all these flags, only one is of the Communist Party: it was taken down from the building of the Party Committee in Timişoara. They came to the Memorial as donations over a number of years, mostly in the period 1990–1994.