Costina, Sorin. How I became a collector, in Romanian, 1989. Unpublished manuscript 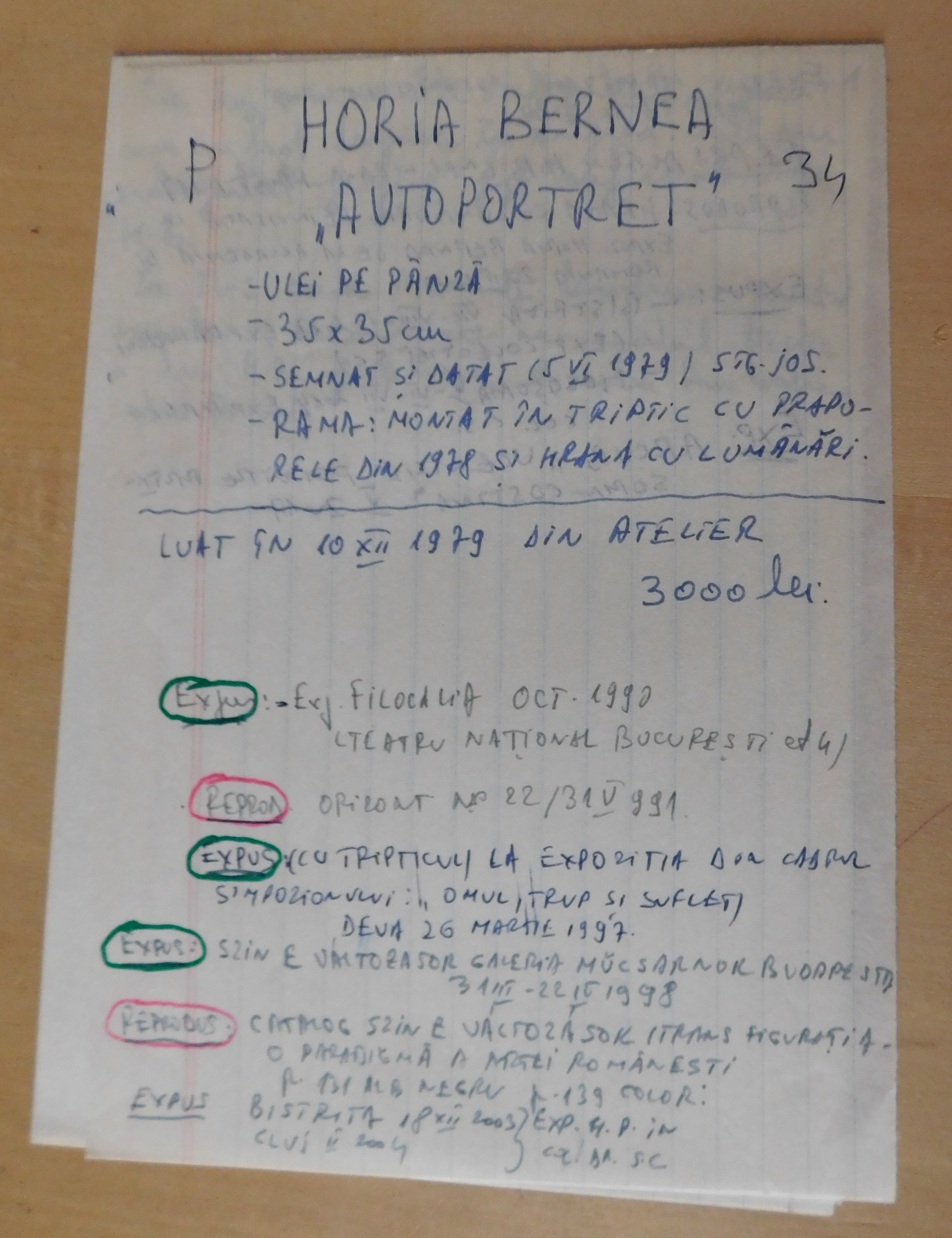 In May 1989, Dr Sorin Costina decided to sum up on paper the principal steps by which his passion for collecting art had developed. The result of this effort of memory is an eleven-page text, typed single-spaced, in which are mentioned the most important landmarks of an unusual and spectacular passion. “Also in the years 1962 to 1963 I had my first contacts (as Paul Neagu puts it) with the visual, or the visual arts. A first shock, an exhibition from the Dresden Galleries seen at the Museum of the Republic (I still remember the reviews, my favourite magazine in those years: second-rate works and rather weak with the exception of Titian’s Lady in White). For what I was then, it was a great festive event,” recalls Sorin Costina, speaking of one of his first encounters with the visual arts. He places his first encounter with contemporary art two years later: “Finally, my first contacts with contemporary art took place in Iaşi in 1965.” According to his notes, on 16 August 1969 he bought his first picture, The Bridge of the Turk, a scene in the old town of Sibiu by Ferdinand Mazanek. The price was 138 lei.  His records of his purchases of items of visual art were kept in detail until 1989. According to this unpublished document, Sorin Costina bought most of the works that today make up his private art collection from galleries and studios in Bucharest. The last sentence of this testimony is particularly relevant for the way in which Sorin Costina conceived his own collection: “The marginalisation of all that is best in Romanian culture explains my ability to approach these figures of great value while unfortunately not rising to their level.” Small extracts from this document (which is also an account of the life of Dr Sorin Costina) have been cited  in various texts about Sorin Costina’s life or within several autobiographical texts by the author himself. The text has never been published in its entirety. The manuscript is to be found in Sorin Costina’s private collection.