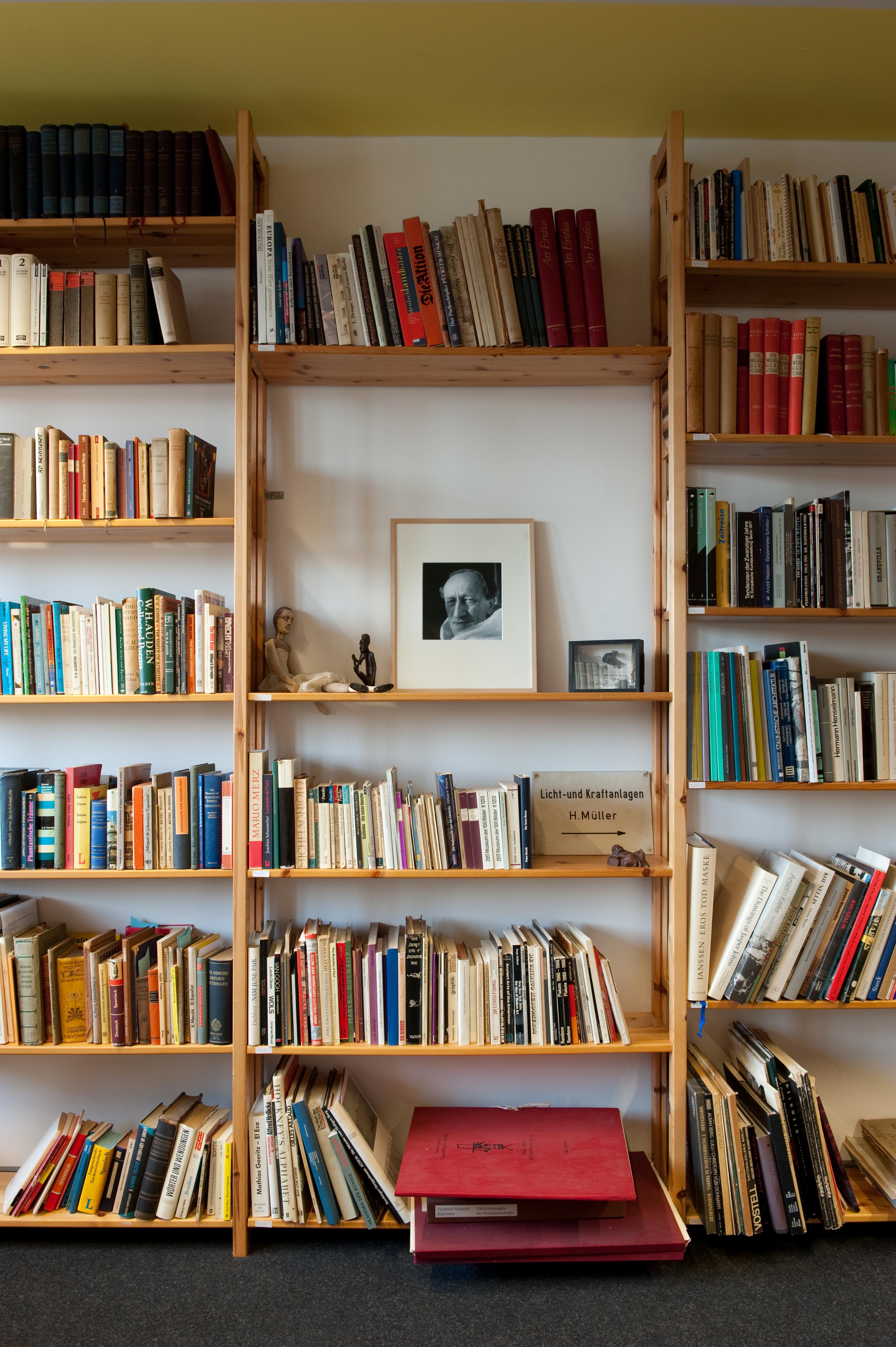 Heiner Müller was one of the most important German dramatists of the 20th century. After his drama Die Umsiedlerin (The Resettler Woman) was censored in 1961, following a single performance, many of his plays prohibited in the GDR were staged in the West. The core of the constantly expanding Heiner-Müller-Archiv / Transitraum is Müller's personal library. While Müller's manuscripts are kept at the Academy of Arts, his library constitutes a separate collection run by the Institute for German Literature at the Humboldt-University of Berlin.