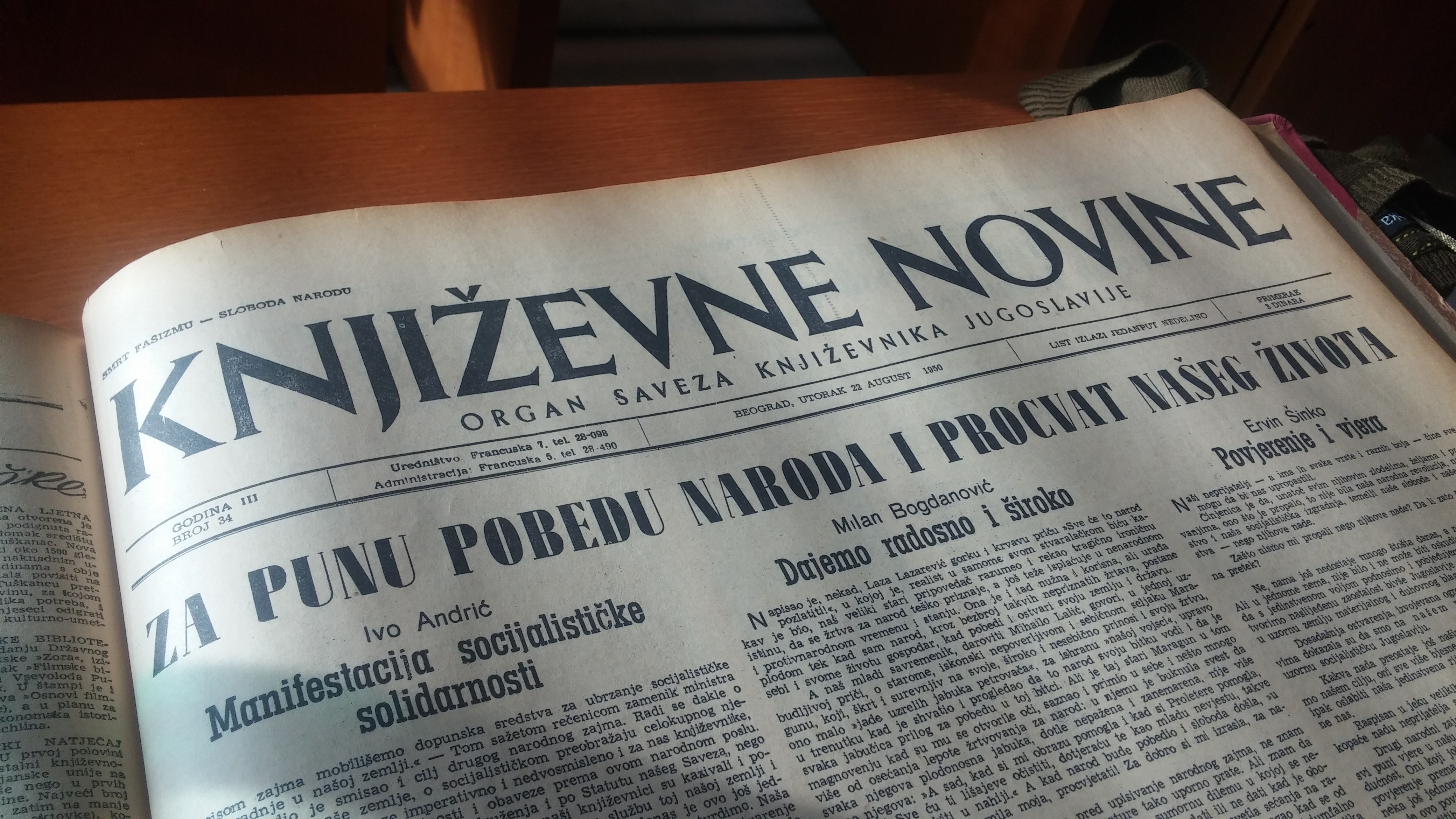 ‘Književne novine’ [Literary News] was one of the leading cultural and literary journals in Yugoslavia. It was often the target of criticism due to views that were not always in line with the communist party, causing it to be banned several times. The available editions are kept in two libraries in Belgrade: the National Library of Serbia and the University Library "Svetozar Marković".