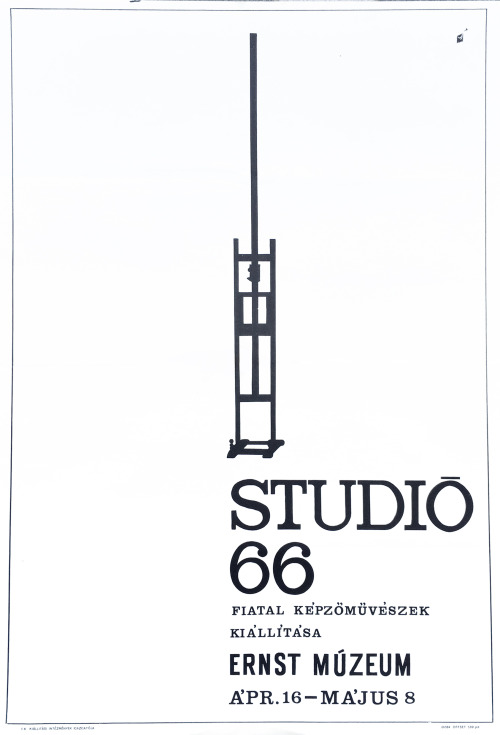 One of the determining agents in the organization and history of the Studio of Young Artists was the board and the views represented by its members. After the election in 1964, artistic freedom and the integration of different tendencies became a priority. The board established a theoretic panel (for cultural-political reasons, the collaboration of artists and art historians earlier had not been nurtured or supported), and it encouraged members to be freer in their expressive experiments.

Negotiating with the ministry (and personally with the main cultural political decision-maker, György Aczél) the chairperson, István Bencsik, received permission to hold a “jury-free” exhibition (which meant that only board members would select the works due to spatial limitations). This “yearly exhibition” was the first to display non-figurative works, which were on exhibition in a separate room (with a surrealist and a pop-section as well).

The exhibition became a huge professional and popular success, so they planned the next “yearly exhibition” in the same manner. However, an inner conflict (to put it simply, the antagonism between the abstract and figurative artists) grew into a major political scandal due to a denunciative letter sent to the authorities by some of the board members. As a result, the 1967 exhibition was decimated by a rigorous “outer” jury. Board members were dismissed by the authorities, and the artistic director was fired and even banned from the profession.