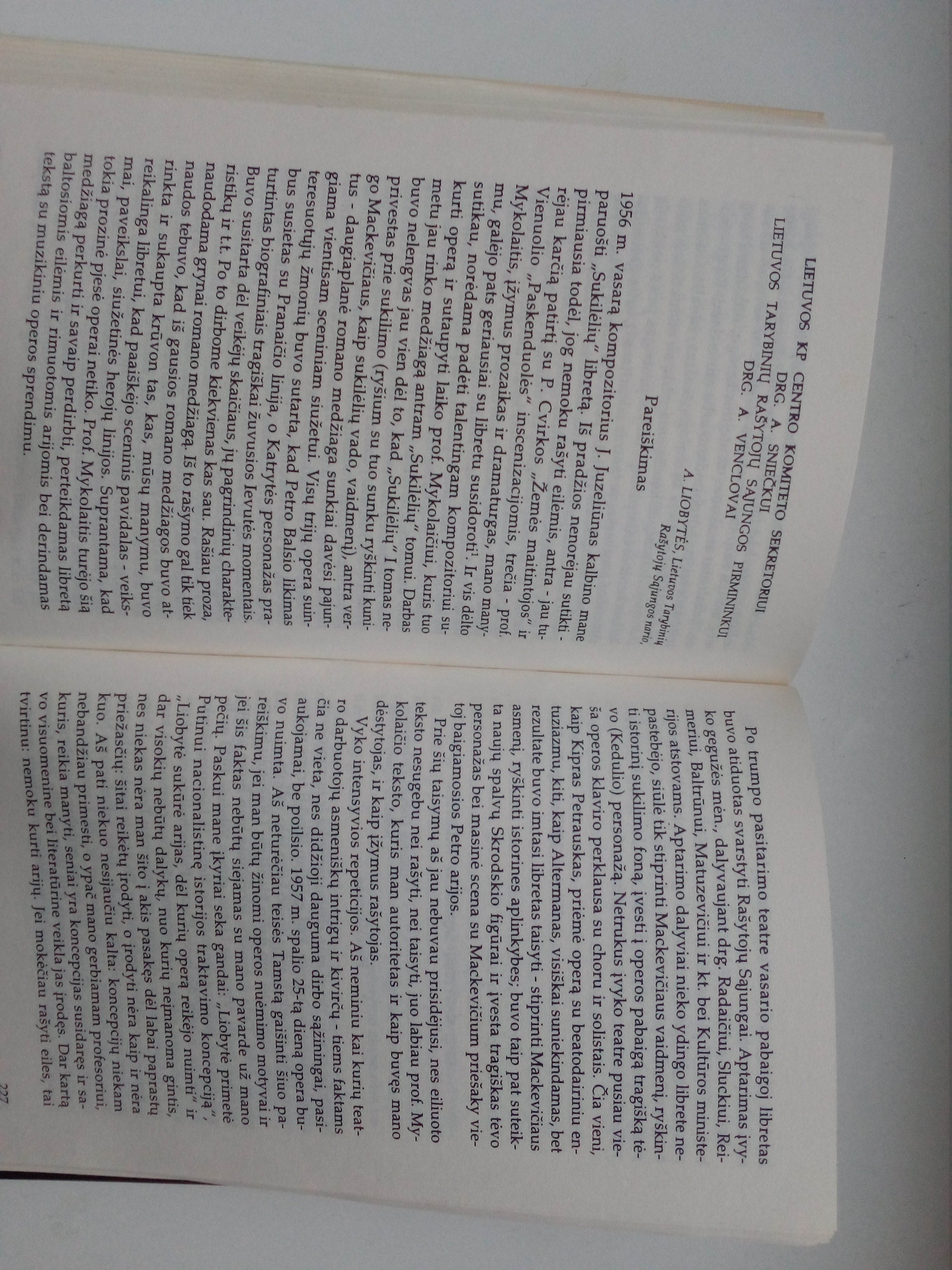 In 1957, Liobytė wrote to Antanas Sniečkus, the first secretary of the Lithuanian Communist Party, and Antanas Venclova, the chairman of the Lithuanian Writer's Union. In the letter, she tried to explain the difficulties relating to the creation of the opera Sukilėliai (The Rebels). The opera was based on the novel of the same name by Vincas Mykolaitis-Putinas, who is often called the informal leader of the silent anti-Soviet opposition. Liobytė was invited by the composer Julius Juzeliūnas to write a libretto for the opera, which was blamed for nationalistic ideas and attitudes. In the letter, Liobytė argued that the accusations made about her behind her back were unfair, and asked for open consideration of the question of the opera. Despite this, the opera was never publicly performed. The writing of the libretto was one of the reasons why Liobytė was forced to step down from her editor’s position at the Literary Fiction publishers in 1961.