Report of the „Božidar Adžija“ Award Committee for 1966 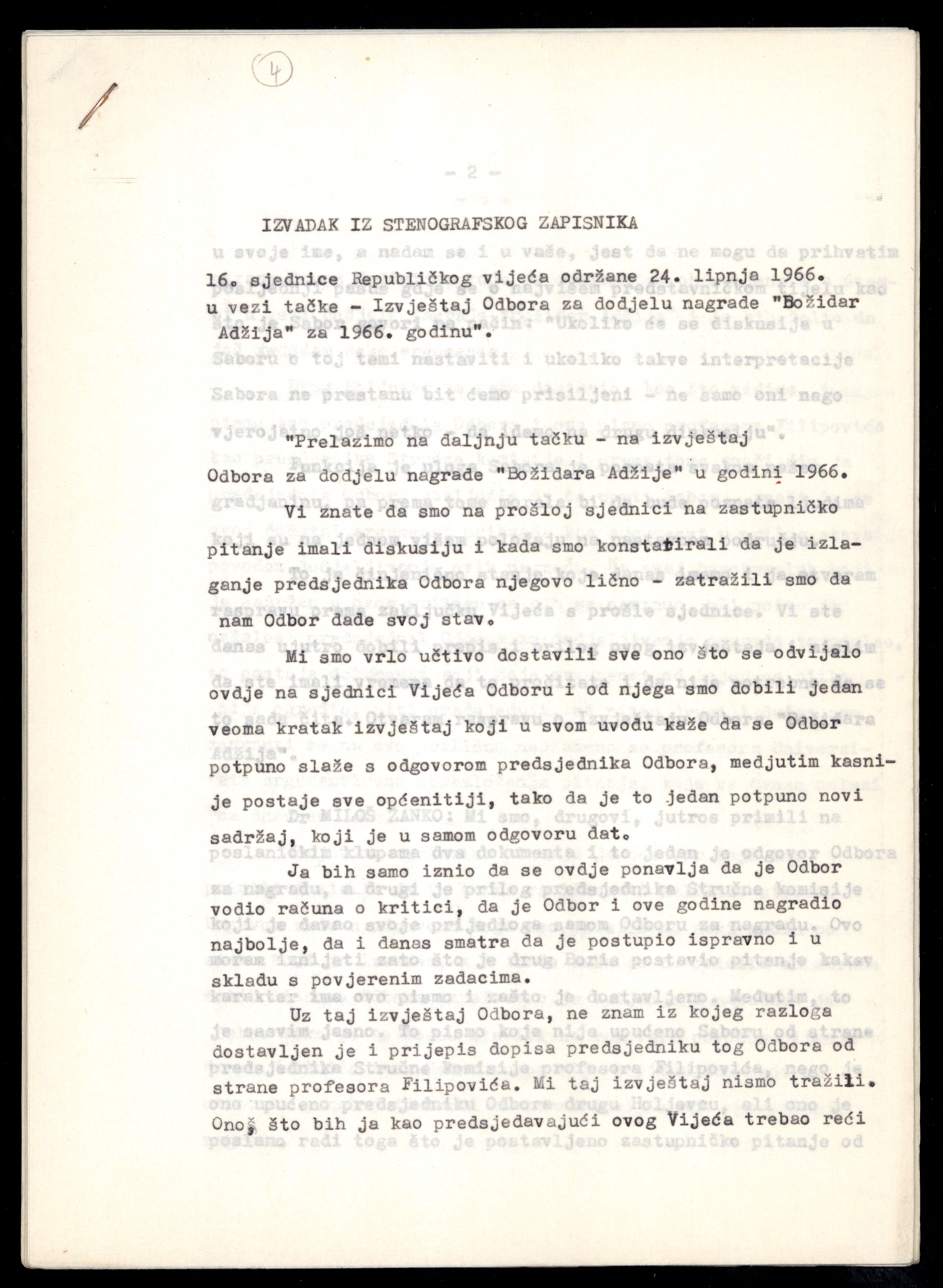 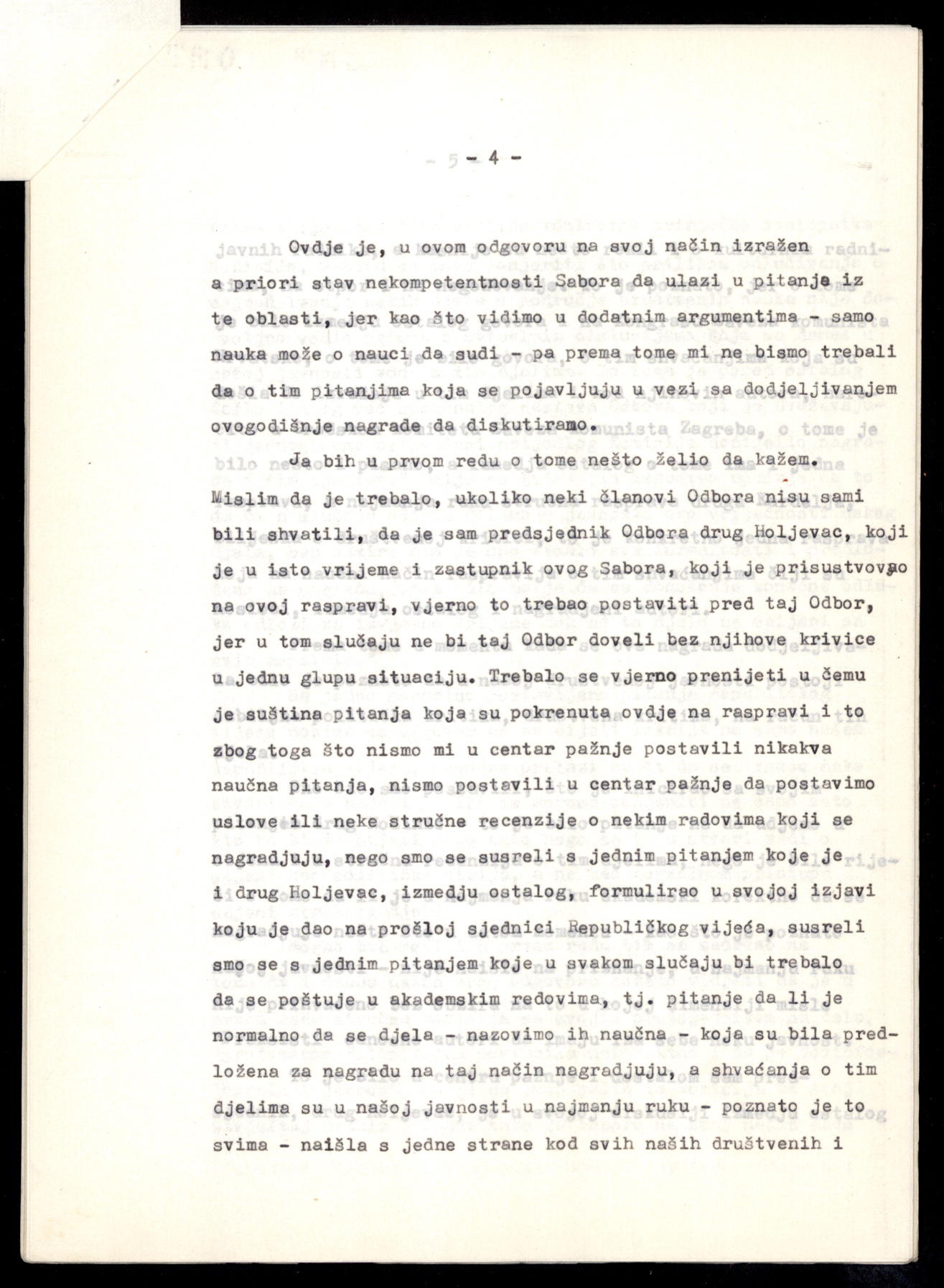 Also interesting in the context of the COURAGE project and the history of cultural opposition is the Stenographic Record of the 16th Session of the Republic Council of the Parliament of the Socialist Republic of Croatia which dealt with the problematic selection of the winner of the Božidar Adžija state prize. The minutes show the pressure exerted by the authorities on members of the award committee, especially its chairman, V. Holjevac. He was the chairman of that committee, and the document is in the collection because the Commission dealt with his activities contrary to the preconceived precepts in general. They therefore collected materials outside of the scope of the Emigrant Foundation of Croatia as well. The aforementioned committee usually awarded prizes to prominent scholars and cultural workers, and that year the award went to important representatives of the already condemned Praxis philosophical circle, Milan Kangrga, the founder, and Gajo Petrović, the founder and editor of the philosophical journal Praxis (1964-1974) and co-founder and member of the Korčula Summer School Council. According to the opinion of the members of the Republic Council and the Commission for the Examination of Nationalist Phenomena in the Emigrant Foundation of Croatia, the choice of the award was wrong because there was already " serious political criticism at the expense of these acts." Holjevac was subsequently removed from the post of committee chairman.

By 1995, the document was, along with the other records of socio-political organisations, a part of the Archives of the Institute of History of the Labour Movement of Croatia/Institute for Contemporary History. That year, in July, it was handed over to the Croatian State Archives (CSA) ​where it is kept today. The documents are accessible for use without any restrictions.