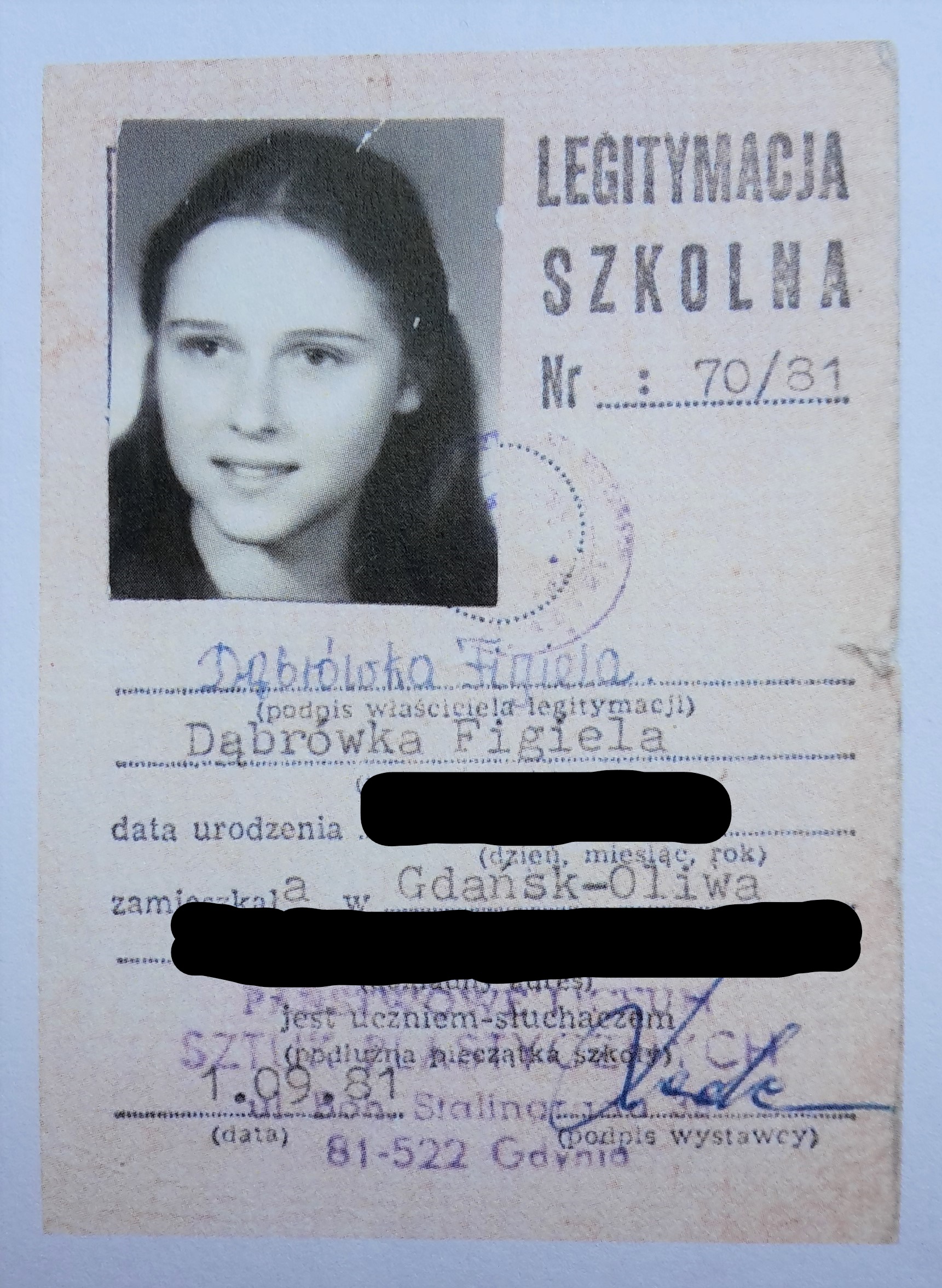 Dąbrówka Figiela-Miadziółko is a daughter of Józef Figiela who created stamps of the underground post during the strikes of August 1980 in Gdansk. At the time of the protests Dąbrówka was just a 15-year-old girl, but she engaged in helping her father with disseminating the stamps, as well as she created her own linocuts. She was responsible e.g. for getting the dates sealed on the enveloped in the post offices, which was a complicated task, as she had to visit the offices in the evenings and convince the post workers to put the seal with the tomorrow's date. This enabled her father to share the copies with the current date in the striking Shipyard the next day. Disseminating materials connected to the protests was illegal, so Dąbrówka had to use some tricks not to reveal the real cause of her visit – e.g. she often changed the visited post offices.

In August 1980 Dąrówka created her own linocut, which was of a particularly sublime content and nuanced graphic form, as for a teenager. The seal shows the Polish flag above the protesting mass of people. The text was supposed to say: “Only through strike we will win the just government”, however the first word did not work out and was cut out from the seal, accordingly to her father’s advice. Her linocut was copied onto the envelopes and post cards, and – along with the other materials produced by Józef Figiela – it was disseminated among the protesters in the Gdansk Shipyard.

In later years Dąbrówka Figiela-Miadziółko continued her artistic career. She graduated from the Fine Arts Academy in Gdańsk and worked i.e. as the books’ illustrator.