Rehearsal room in the mansard. 1974 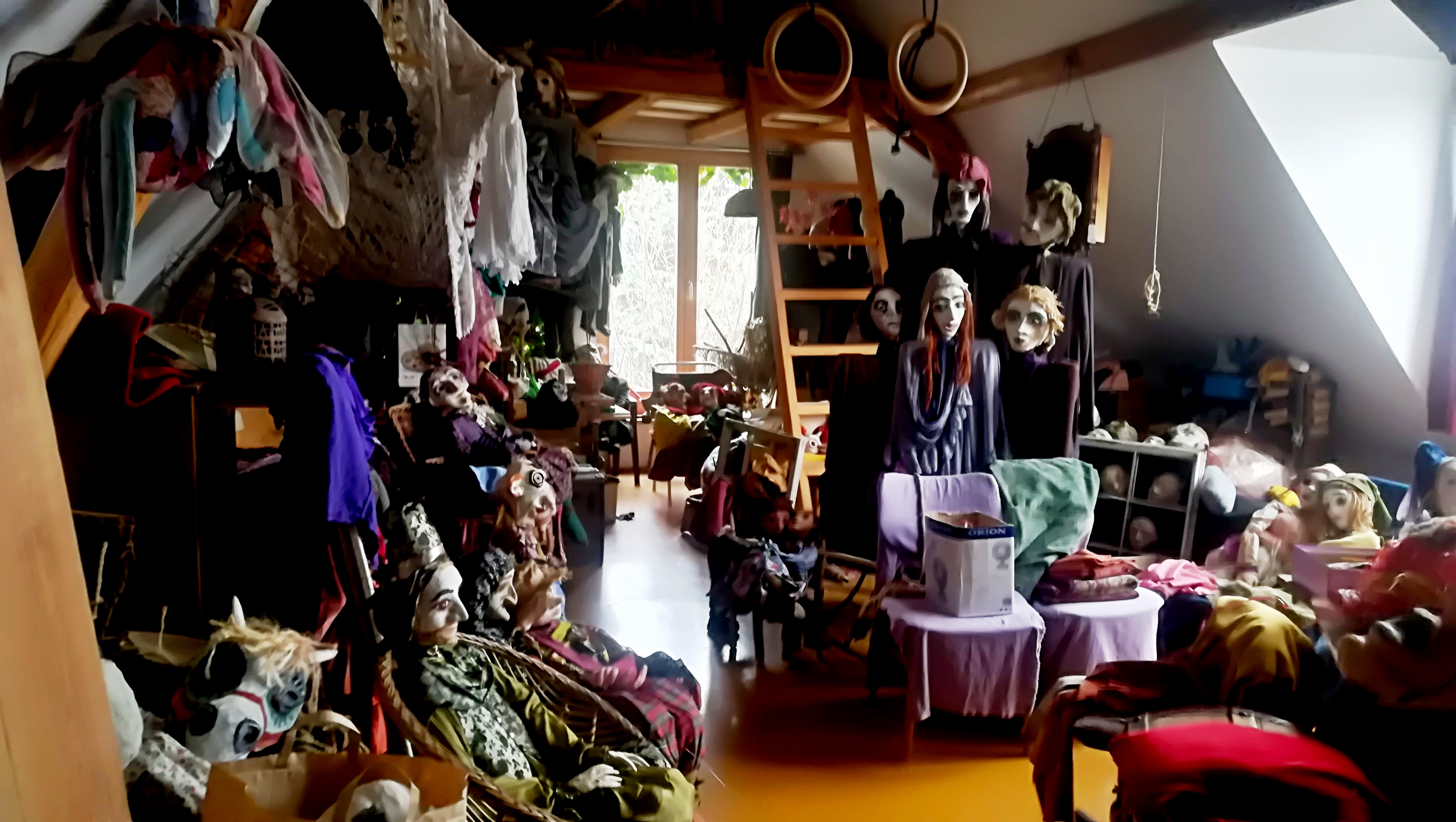 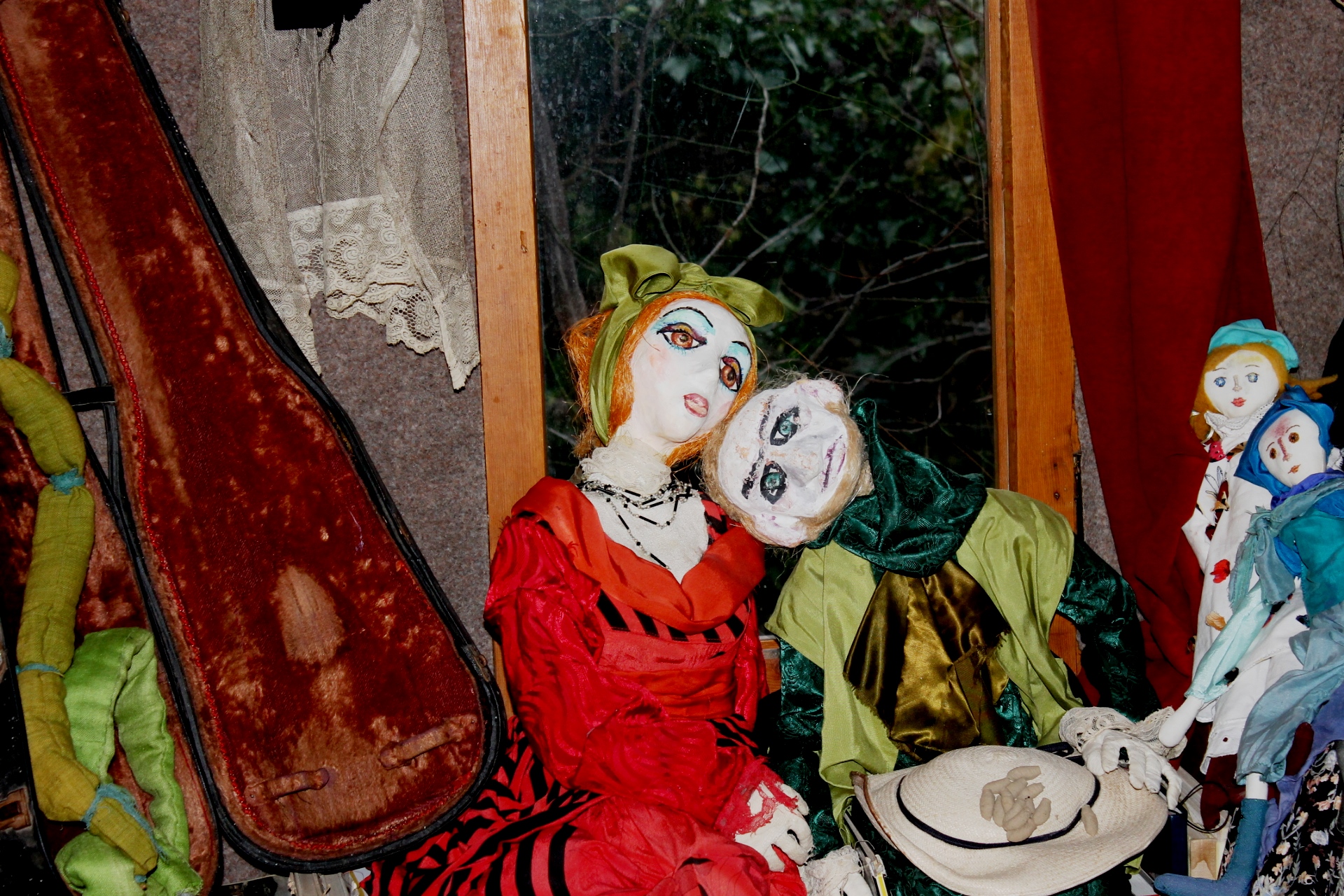 The Orfeo Group created a rehearsal room in the mansard of their commune in Pilisborosjenő in 1974. This act was motivated in part by an attack launched by the communist cultural political leadership. As a result, the Studio was banned from every community centre in the country. From 1974 to 1976, very intense studio work was organized in this rehearsal room. Lessons were held for the actors in speaking techniques, motion, and theatre practices in the various rooms of the house. It served as a kind of college based on a mentor system, according to Tamás Fodor. In the rehearsal room, they created and performed their 3-act play (The hospital room no. 6., Warren/Militants, Lawn). They held literature evenings and premiers, as well. A select audience of intellectuals, philosophers, and artists visited the house. Today, the rehearsal room is home to the puppets made by Ilona Németh, one of the founding members of Orfeo. This illustrates the continuity between the past and the present.