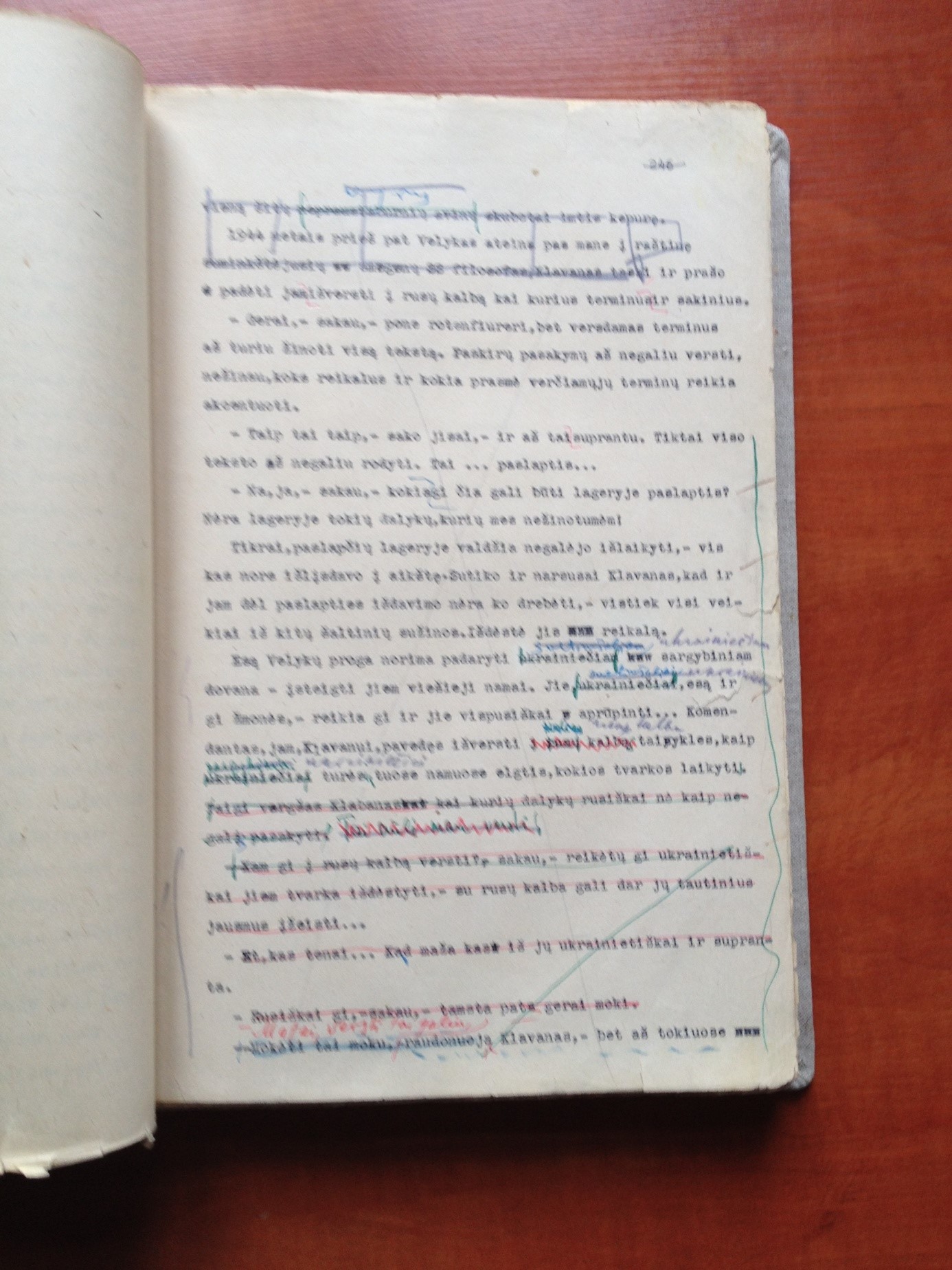 The Balys Sruoga collection holds various documents, including notes, manuscripts and correspondence with other Lithuanian writers. The documents illustrate well the situation of intellectuals and writers in Soviet Lithuania under Stalin. The manuscript of Sruoga’s novel Dievų miškas (The Forest of the Gods), written in 1945, is especially valuable. The manuscript was very severely criticised by the authorities and heavily censored. It was only published in Soviet Lithuania in 1957.