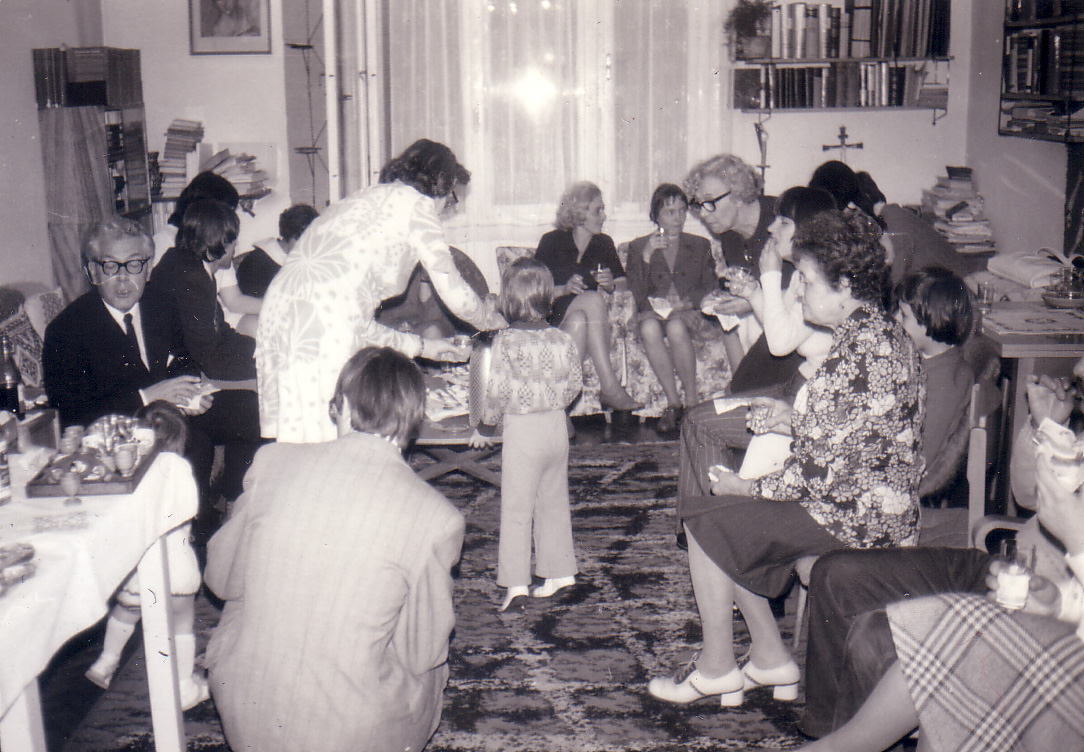 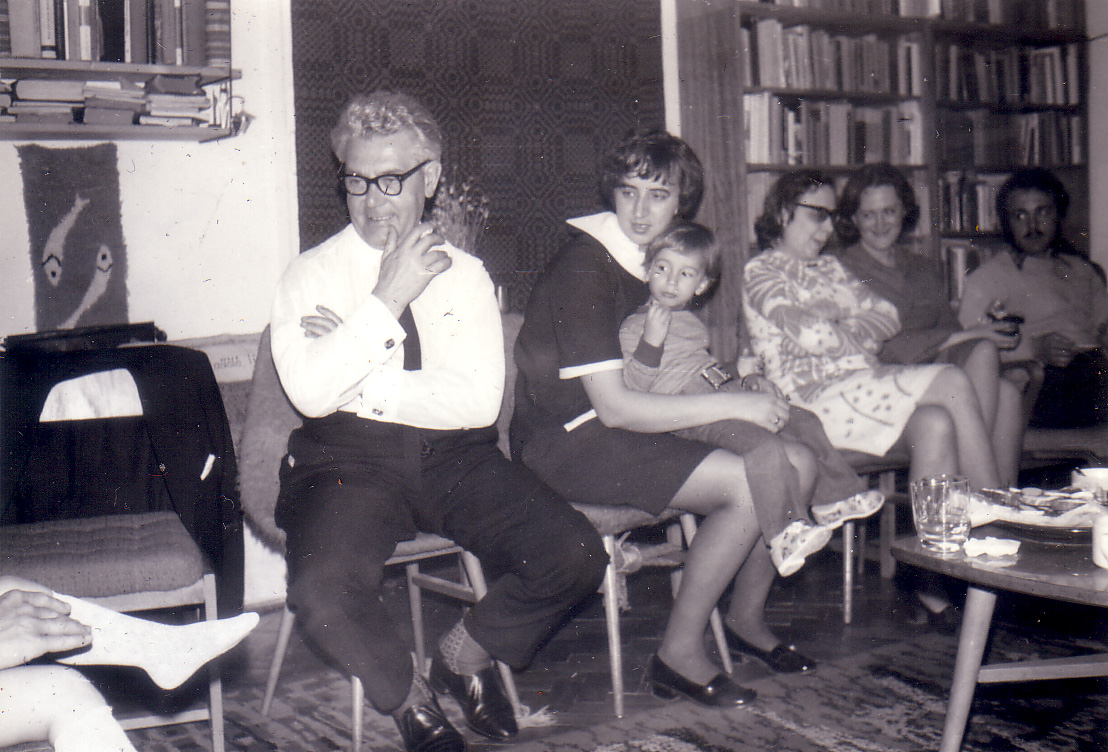 The Bokor base community was founded by a Piarist monk, György Bulányi, as an alternative form of practicing the Catholic faith within the framework of small base communities. In Kádár era, the official Catholic Churches did not encourage their believers to live according to the principles of Christ, because this would bring them into confrontation with the communist system.

After it came to power, the Hungarian Workers’ Party launched an attack against the churches. Every step of the process was directed and controlled by the State Office for Church Affairs. Due to the loyalty of church leaders, religious activity was limited to the liturgy. There was no intention to motivate people to act and live in accordance with their beliefs outside the walls of the churches, which were totally controlled by the state. Because of the absence of social activism in Church life, the faithful began to search for communities where they would be able to practice their faith under the guidance of a genuine and trustworthy leader. In this situation, some priests, monks, and laymen undertook to create the conditions necessary for religious life in secret. These people saved and relocated Catholic education to the small groups, and the base groups worked illegally. These communities constituted an alternative church model as well. In Hungary, the official church did not support these communities, which thus had to face opposition and not only from the communist state, but also from their own church leaders. They met in private flats, vicarages, and summer camps, illegally from the point of view of the communist party. They followed their religion by risking punishment for having defied the state, for example in the case of the refusal to perform compulsory military service.

The Bokor movement was born in March 1945. Piarist monk György Bulányi, together with fellows, began to organize small communities near Debrecen with the mobilization of students and young workers who sought to maintain religious life in the territory that had been occupied by the Soviet Army. The movement acquired an independent identity in 1948, just as the attack launched by the newly established communist dictatorship against the official churches was accelerating. Beginning in the autumn of 1948, the groups began to appear in other parts of the country.

This development was stopped by Bulányi’s arrest in 1952. He and his 10 fellows were accused of “leading organizations to damage the People’s Democracy.” In the so-called Bulányi-trial, the alleged crime was the activity in the base communities. In 1956, new members were arrested for the same reason. Bulányi was released in 1960 in accordance with an amnesty, but he was not permitted to serve as a priest. Instead, he worked as a transport worker until 1970. Finally, he began to reorganize the communities in 1967, seven years after having been released.

The compromise reached by Hungarian Church leaders, the Vatican, and the Kádár regime saddened Bulányi, and he devoted himself to the study of evangelical texts. He sought an answer to the question of how the church of Christ should conduct itself on earth.?” He summarized his thoughts in a book entitled Seek the Country of the Lord! /Keressétek az Isten Országát! – KIO. This work became the theological foundation for the activities of the members of the Bokor group. The author summarizes the ideals which needed to be followed as the New Testament Gospel: the values of poverty, nonviolence, and love. Bokor’s theology focused on Jesus’s love, for which in their view the liturgy was never a substitute. People are required to do social, practical acts, such as making donations, performing useful services, and maintaining a commitment to nonviolence. Nonviolence in particular was perhaps the best known principle of the Bokor group, which became known because of the trials and the arrest of people who refused to do military service. As the principles of Bokor are intended to provide the foundation for the construction of an alternative society, the society of love exists in the basic cells of society, in marriages, families, and small communities.

Community life was centred around Bulányi, and a network of some 1,500 members slowly built up. The structure of the organization followed the example of how Jesus collected his disciples around him. The movement included communities of 10-15 members, and one of the participants organized a new group later. The groups were formed through personal connections in a decentralized way. The members and the leaders were equal and the community was open to outsiders. The communities were organized in bigger groups, named boughs and chosen bough-leaders, who forwarded information to the members. Laymen could be leaders, as well. In spite of the pressure put on the group by the state, the activities improved and the life of the group became more regular. A community meeting was held weekly or monthly, and summer camps and spiritual practices were organized every year. 2,000 members participated in these events in 1989. Bokor-members made samizdat-books intensively beginning in 1971. Active writing was very much part of the work of the Bokor group.

Bokor members were confronted by the regime for having tried to live in accordance with their Christian beliefs in their everyday lives. The oppositional behaviour was not really oppositional in the sense that, as was emphasized by the members of the group, they were not really acting against something (against the system), but rather were acting for something. They worked on and ethical, not political foundation, but nonetheless they were still not tolerated by the Kádár-regime.

120 priests, nuns, and laymen were arrested in 1961 for having allegedly participated in small community activities, The Hungarian episcopacy condemned the imprisoned people in a circular. The Hungarian state could not openly attack the religious groups, because it had signed the Helsinki Convention (1964). In the Kádár era, retaliatory measures like the show trials of the 1950s were no longer necessary. The methods softened, and in many cases, the state communicated its will through the priests to the faithful.

The base communities were dangerous to the peaceful coexistence of the church and state. These communities brought to light deficiencies which were unpleasant to both the Church and the regime. Furthermore, Bokor dealt with young people intensively, as did the communist party, which tried to save youngsters from the religion. Meanwhile, the official church left them alone. Bokor-members violated more points of the laws and at the same time the church regulations as well. They engaged in forbidden pastoral activities, broke laws concerning the right of assembly, and refused to perform compulsory military service, which was illegal.

One part of “KIO” is the theory of the nonapplication of force, which was the foundation of the refusal to do military service. There were many reasons behind the anti-army stance of Bokor: for them, this refusal was also a rejection of the omnipotence of the state, of war, of violence, and of military values, ideology, approaches, and ways of life. In other words, it was a rejection of all dictatorial and hierarchical systems.

Furthermore, Bokor joined others who were seeking to assert democratic rights. Members of the group attempted to establish ties with members of the democratic opposition.

The police and the state security collected information on the members of the group who came to the meetings, and they checked their identities and took pictures of them. They tried to prompt layman to break with the group by discriminating against them in their workplace, and they tried to convince members of the church to do the same thing by exerting pressure through the State Office for Church Affairs. Specifically, they threatened to fire them or have them displaced or have them removed from the priesthood. The police and the official church leadership sequestrated the samizdat Bokor brochures, and in some cases proceedings were launched against members of the group, who were charged with publishing documents illegally.

The Hungarian Catholic Church judged both the movement and György Bulányi personally in 1982. Because of his theological teachings, the church revoked his right to deliver sanctity. His case was brought before the Vatican. In the end, the Congregation for the Doctrine of the Faith rehabilitated Bulányi after long negotiations in 1997.

Bokor remains a functioning community today. After the collapse of the communist system, numerous Bokor members participated in civil foundations by using approaches they had learned in the base community.