Members of Calvinist youth of Pasarét on an excursion, Budajenő, April 4, 1959. Photo 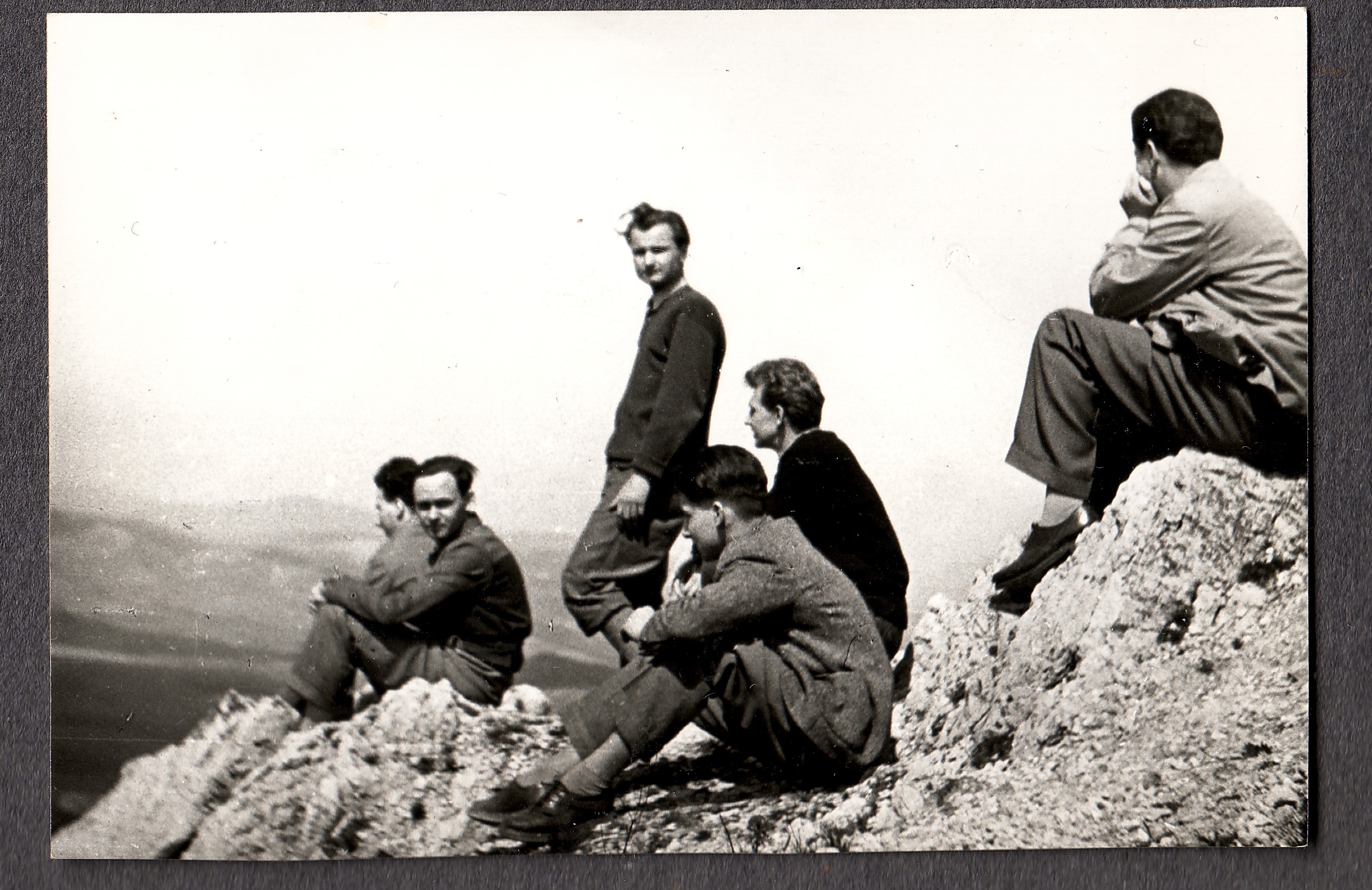 4 April was one of the most important public holidays in socialist Hungary, because on this day in 1945, the Soviet Red Army finally ousted the German troops from the country. On 4 April, people were required to participate in commemorative marches, but the members of the Calvinist youth organization of Pasarét never accepted the official Communist ideology of the state. Rather, they organized excursions to the mountains around Budapest. This picture was taken on Zsíros Mountain during one of these excursions.