Extracts from the diary of Brigitte Reimann, August 1968 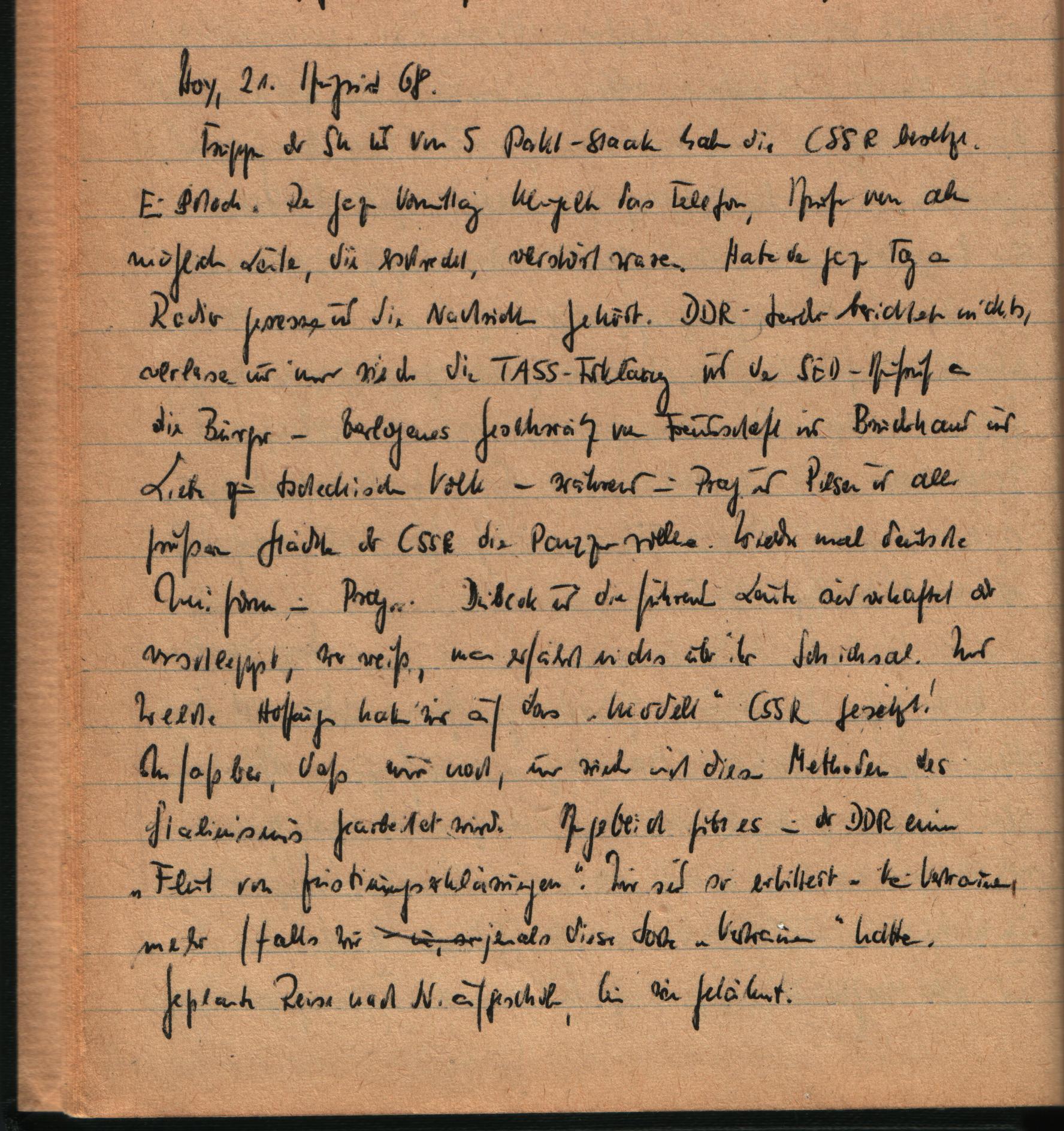 The invasion of Warsaw-Pact troops and the defeat of the Prague Spring shocked Brigitte Reimann. At precisely this moment, she lost all trust in the leadership of the GDR. Reimann noted in her diary on the 21st of August 1968:

[Transcription of the scanned masterpiece]
Hoy[erswerda], 21. August 68.
Troops of the SU [Soviet Union] and five members of the Warsaw Pact have occupied the CSSR [Czechoslovak Socialist Republic]. Shocking. My phone has been ringing the entire morning, calls from all sorts of people who are horrified and drained. All day, I have sat next to the radio listening to the news. GDR-channels have not said a thing, repeating only the official TASS-release and the deceitful appeal of the SED-government to its citizens to show friendship, brotherhood and love to the Czech people, while at the same time tanks are rolling through Prague and Plzen and all of the other large cities of the CSSR. Once again German uniforms in Prague. Dubcek and the ringleaders have either been arrested or carried off, who knows, we have heard nothing about their fate. And what hopes we had for the ‚Model‘ CSSR! Unbelievable that Stalinism is still enforced with these methods. Supposedly, there is an “Outpouring of Declarations of Support” emanating from the GDR. We are so bitter, no longer able to trust (supposing we were ever able to trust this ‚sort‘.) My trip to N[eubrandenburg] has been delayed, I feel paralyzed.